You are here: Home / Games / Tabletop & RPGs / The loss of innocence: A review of Wine, Meat, Milk, Cake

Wine, Meat, Milk, Cake is an RPG by fiercefully / Chloe Sobel in which you play a wolf and several innocents.

The game explores the messages around Little Red Riding Hood, which might mean warning young women to be cautious of seducers, as penned by Charles Perrault, or about carnivores stalking foolish people. Or something else.

Storybrewer Roleplaying’ The Fictional Memoirs of Harriette Wilson & Her Sisters provides the basis of the game, and in that original, you play one of four sisters and several of their lovers.

I paid $2 for a Name Your Own Price version of Wine, Meat, Milk, Cake which is mechanically finished but unformatted. That download was 7-pages, as you never know what you’re going to get at Itch, and easily worth the $2.

The RPG begins with the reminder and instructions to get an RPG safety system in place before you start. The game could easily become terribly dark. Equally, debriefing is an assumed requirement at the end. Sometimes, though, I find it much healthier to contemplate what just happened, distil without the expectation of sharing at the end of a game. Obviously, agree to the format and expectations with other players before beginning.

Wine, Meat, Milk, Cake are the wolves, and you will play one. Each is different, and they form a pack together.

One of the significant aspects of this game is how each wolf wants to be unique, care about its territory, and how that works, sometimes doesn’t work, with the desire to be part of a pack and assist it.

This tension with what each wolf might want sculpts some of the mutually created story.

Each wolf is different, but these differences aren’t outlined by the RPG you’ll download. Instead, you’ll get a link to an online resource.

The negatives to this approach mean that you don’t have an all-in-one for playing the game. I like to use the desktop Kindle app to read my RPG PDFs, and for some reason, Amazon blocks but shows hyperlinks. I had to open up the PDF in a second app, click on the link, open a new browser and get to the four wolves. What a faff.

On the other hand, the positives are just as plentiful. Sobel has built an interactive Google Sheet (make a copy) on which you can tick your turns as you play, record the name of the innocents and track the game easily.

I can’t think of a better alternative, but perhaps including a static version of the wolves would be a helpful addition to the download you buy.

Innocents are picked randomly in the game and are a lens through which the story comes together. They’ll have to decide, in the end, whether to accept forbidden knowledge and leave the accepted path, the safe path, or not.

While the innocents are a necessary part of the developing story, my favourite use is at the start of the game. Each innocent is created by players writing down something, starting with name and pronoun, and then passing the sheet to their left for the next player to write something different, such as occupation.

For want of a better phrase, this approach puts “skin in the game” for all the innocents and the players. It’s another reason to care about their fate and have an idea about what might motivate them.

The turn structure is three-fold; the active wolf approaches an innocent with an offer, an answer to a question that will tempt the innocent, then there’s a flashback to a previous moment between the wolf and the innocent and then back to the present where players decide whether this innocent accept the forbidden knowledge or not.

There’s a grand scene at the end of the game to wrap everything up and then the debrief.

I enjoyed the stories we created playing Wine, Meat, Milk, Cake. I’ve played it a few times over the course of a Friday night of online drinking and chatting, and then again with a different group on Saturday. A scant few hours apart, but two very different sessions!

Both times I appreciated the suggested modifications for online or face-to-face play in the download.

Neither time I was %100 confident we’d been playing the game entirely as the designer intended. It didn’t matter for the game but does leave a niggling uncertainty. I know it’ll add significantly to the word count, but I’d appreciate an example/walkthrough of gameplay (or a link to a YouTube actual play) in a future evolution of the storytelling game.

If you’re a storygamer and ready to step out of your comfort zone then I recommend Wine, Meat, Milk, Cake.

The loss of innocence: A review of Wine, Meat, Milk, Cake 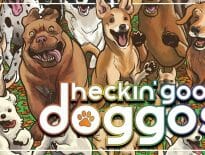