You are here: Home / Games / Tabletop & RPGs / Moriah is a Zine Month RPG of bloody sacrifice

The Itchfunding campaign for Moriah is now live and with a target of about $1,300. About $1,300 and commercial success elsewhere might give author Kyle Tam and team budget to push on regardless.

Moriah is bloody. It’s an RPG in which characters can cut off body parts to gain temporarily boost dice. It comes with an anatomical model on the character sheet to document this mutilation.

In the game, characters are trying to ascend the Holy Mountain, and the system is derived from Lovecraftesque, so dead characters become Deities running the game.

A successful Itchfunding campaign would mean Moriah is slated for an August 2022 release.

The Challenges of the Mountain
Only the worthy may ascend to petition for the salvation of Mankind. Those who journey forth will be faced by obstacles, trials designed to test both known and unknown qualities in order to prove the nebulous quality known as worthiness. These may be physical barriers, antagonistic creatures, or trials of the spirit. What is known is that no two journeys towards the top of the Mountain are ever the same, its winding roads and looming peaks marked by treachery after treachery.

Moriah is a Zine Month RPG of bloody sacrifice 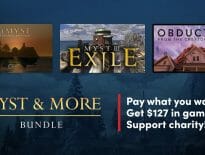 PC Legendary computer puzzle game Myst and others are… 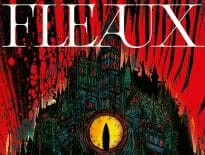