You are here: Home / Geek Stuff / Cynthia Williams: The woman now in charge at Wizards of the Coast holds a patent for finding items missing in the mail

Wizards of the Coast and Hasbro have been crystal clear. Back in 2020, for London Toy Fair, they announced the future of D&D is digital.

Last night they announced that Cynthia Williams, a digital leader, is the new President of Wizards of the Coast and Hasbro’s Digital Gaming division. Williams comes from Microsoft.

Chris Cocks, who had the role before, was promoted last month to the absolute dungeon boss level of leader as the CEO of Hasbro.

While it might be the digital gaming cred that Williams that caught Hasbro’s attention, the new boss also has a remarkable history of working with companies to put books and other physical items in people’s hands. She has a patent to her name, having co-developed a system for identifying missing items in a fulfilment network.

In 2018, Cynthia Williams was the General Manager and Vice President of “Gaming Business Expansion” at Xbox. It was a job about finding new ways to lure people to Xbox.

By 2019, and staying in this role for only 10 months, Williams took that title to the Xbox Business Engineering & Mixer division. Well, Mixer. Little wonder that a new role within Microsoft was forthcoming.

In 2020, and until this week, Cynthia Williams was the General Manager and Vice President of “Gaming Ecosystem Commercial Team”.

In other words, there are various bits of technology and lots of publishers and audiences in the Xbox world. Those parts can go together to cost Microsoft money or make the company money; Williams’s task was to make sure it was the latter.

Dealing with lots of parts and how they might better go together is, of course, related to Patent US 8533074. Here’s the background summary supplied to the Patent Office;

Wizards of the Coast have a fascinating ecosystem around them. They use the Fandom owned D&D Beyond for some digital distribution and Roll20 and Fantasy Grounds. They also work with OneBookShelf to get games up on the DMsGuild and DriveThruRPG.

That’s just the D&D and not even the D&D computer game studios. The Magic: The Gathering digital system is even more complex.

Of course, Wizards of the Coast have to deal with booksellers, especially Amazon.

Cynthia Williams’ Patent was filed in 2011, and at the time, Williams was working at Amazon. She was at the retail giant for over 11 years, working as the first Finance Director at Fulfilment by Amazon.

After 6 years as Finance Director/CFO, dealing with analytics in the US, Europe (via Luxembourg), Japan and even China, Cynthia became General Manager there.

From 2013 to 2016, with the Patent for sorting out compensation for when items go missing, Cynthia led over 350 people and was responsible for growth and profitability. Part of this was about reducing supply chain costs.

Before landing her Xbox role, Cynthia was promoted to GM and Vice President at FBA Business and Operations at Amazon. She led both the product and technology teams there and was responsible for ensuring Sellers found Amazon an attractive enough market to sell their goods through the platform.

Wizards of the Coast indeed mention Cynthia’s fulfilment record and are also keen to highlight her eCommerce one. Perhaps the latter is more important for selling digital products directly to customers.

In a press statement, Cynthia said;

Joining the team whose passion and imagination created such iconic games as MAGIC: THE GATHERING and DUNGEONS & DRAGONS is a dream come true. With best-in-class developers, designers and producers, the opportunities at Wizards of the Coast for creative storytelling and innovative game play are limitless. I look forward to working with Chris, Tim, Hasbro and the entire Wizards of the Coast team to build on their incredible momentum and deliver exciting new experiences for our fans globally.”

Both new employees started on the 1st of February.

Cynthia Williams: The woman now in charge at Wizards of the Coast holds a patent for finding items missing in the mail 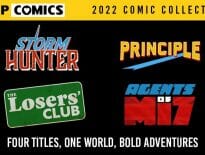 Comics Glasgow’s BHP to bring to life the first Bri… 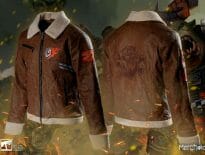 Geek Stuff Warhammer 40K: Fly in style with an Ork bomber jac…
wpDiscuzComment Author Info
Manage Cookie Consent
This site uses cookies 🍪, and links are ads that may earn bloggers some money 💰, and with this alert, I very much hope that these dark truths 🧌 are acknowledged.
Manage options Manage services Manage vendors Read more about these purposes
Preferences
{title} {title} {title}
Loading Comments...