We’re approaching Halloween weekend, and here in the Northern Hemisphere, it’s getting darker, colder, and the Walkers are stirring.

It’s also Bonfire Night on the 5th of November, which is when (and it depends which part of the UK you lean towards) we note Guy Fawkes’ attempt to blow up parliament or the failure to do so.

Sneaking through underground passages, in a group of rogues, on a next to impossible adventure? We know it well.

On the note of dangerous darkness, the RPG Publisher Spotlight with Grim & Perilous Studio is live. It’s a chance to hear from the new owner and find out what future plans are.

There’s also surprise news, in a way, as Demiplane is revealed to be Paizo’s partner in the Pathfinder digital toolkit. That’s the D&D Beyond, by an ex-D&D Beyond founder, for Pathfinder.

Halloween turns out to be a good time of year for sales and bundles. There’s plenty to note in summary below. 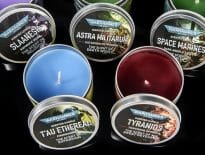 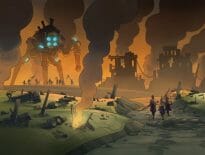 Tabletop & RPGs Relic is a titan encountering RPG from the makers …
wpDiscuzComment Author Info
Manage Cookie Consent
This site uses cookies 🍪, and links are ads that may earn bloggers some money 💰, and with this alert, I very much hope that these dark truths 🧌 are acknowledged.
Manage options Manage services Manage vendors Read more about these purposes
Preferences
{title} {title} {title}
Loading Comments...