Rob Leigh is the writer and game designer behind projects like the dieselpunk action setting Age of Steel and the gothic horror Tormented.

When The Moon Hangs Low is the latest game, one in which players are Hunters with strange abilities and fated to confront horrible enemies in the decaying city of Harrowmire.

The RPG is inspired by games like Bloodbourne and Darkest Dungeon, and while there’s combat in it, there’s also intrigue and investigations. Hunters are constantly struggling against their own dark curse which simultaneously grants them strange powers but also threatens to consume them.

Rob kindly agreed to share some tips and hooks…

5 ways to hook players into a dark murder mystery

As Halloween approaches many Gamemasters will be trying to come up with seasonally appropriate spooky, sinister, and downright dark games for their players. Of the various games that fit Halloween, murder mysteries are one of the more popular plotlines to challenge players with. But how do you hook your players into such a murder mystery, and keep them engaged with the ongoing whodunit?

One: Tell them it’s a mystery

This might seem obvious, but by telling the players up-front that the game is a murder mystery will get them engaged a lot faster than making them work it out themselves. This doesn’t have to be as blatant as saying “By the way, this is a murder mystery” but that can certainly be an option. Other ways of advertising the type of game it will be can include having an NPC charge the characters with uncovering the murder, making the victim a friend of theirs, or even implicating the characters in the crime themselves, forcing them to find the real culprit or face the consequences!

Armed with the knowledge that there’s a mystery afoot and it’s down to them to solve it, the players will immediately know what to expect, what they should be looking for, and won’t be creeping into every room in case there’s a horde of kobolds about to jump out on them.

Especially in the case of running a one-off Halloween game, by informing the players before the game starts that it’s a mystery may even affect the kind of character they choose to play. There’s nothing worse than having a player create a heavily-armoured combat cyborg with no awareness skills when you’d intended to run an eldritch horror murder mystery on a remote spacestation!

Two: Serve up some clues immediately

Clues are the lifeblood of a murder mystery: they drive the plot forward, give players avenues of investigation and, more importantly, they give them a nice little dopamine hit that makes them feel like they’re making progress.

While having clues hidden behind puzzles or requiring a certain skill check to uncover is fairly traditional when coming up with a mystery game, this does mean there is a chance of failure that can leave the players feeling like they’re getting nowhere fast. This isn’t to say that gamemasters should lead their players by the hand, but by having some clues immediately available once the mystery begins is a surefire way to get them hooked. Arming the players with two or three initial clues right out of the gate is something I always do when running a mystery game, and it’s never failed to get the players enthused and theorising about where to go next.

This also helps gamemasters have a rough idea of where the players might initially go once the game begins. If they find a bloody crucifix, a book of Latin prayers, and a strange knife at the site of the murder, there’s a good chance you can plan on them heading to either the nearby church or the occult book shop as their first port of call, rather than the downtown streets.

Tailoring your mystery to your players is an easy way to get them hooked on the plot. This can be as simple as choosing a preferred setting for the game, or as complex as integrating themes and concepts you know will resonate with one or more of your players.

In the same vein is adding or removing content you know will get a visceral reaction from your players. Murder mysteries -especially the dark kind we are drawn to around Halloween- are a great opportunity for gamemasters to add gore, horror, and all manner of creepy details. But if one or more of your players has an aversion to something in particular then this can stop a game dead if it turns up.

As the hobby of tabletop RPGs continues to grow, more people are beginning to integrate safety tools such as X cards and lines and veils into their games. I have found that using these tools can really help a gamemaster know where the line is for their players and what they can safely add to really get that addictive “eww, awesome” reaction that hooks players.

In games where the gamemaster doesn’t have a good knowledge of their players, an initial introduction to the game and a quick chat about ‘yucks and yums’ can do wonders for the flow of a game, and there are numerous same-page tools available that allow you to quickly know the preferences of everyone at the table.

“Not all tropes are bad”, as a certain website is fond of saying. Some gamemasters go to great lengths to write plots that avoid common tropes, determined to be original and innovative, but tropes are just tools and knowing how to use them well can really hook players into a mystery.

Everyone knows the trope of “your car breaks down in a storm and look, there’s a house up on the hill”, but this doesn’t mean you can’t use it as a setting for a murder mystery. In fact, some of the best Halloween games I’ve run have had this premise.

When players recognise a certain trope they get a sense of familiarity, and similarly, they can quickly be intrigued when a perceived trope is subverted.

Five Ladle on the darkness

A regular murder mystery is fun, but we’re here for a dark murder mystery! Adding all manner of ominous, weird, and eldritch details can hook your players in: after all, this is the spooky season. This doesn’t just mean adding buckets of gore to your mystery; in fact I often find the opposite has a lot more of an effect.

So the good Doctor Jones has been found murdered. Something snapped his neck, the door was locked from the inside, and the players have been asked to investigate. Time to add some dark details: amid his notes, the players discover that all of Dr. Jones’ recent cases involved strange skeletal growths in children born in the last few months. One of the players finds a strange rune on the underside of his desk, seemingly burned into the wood. And then there’s the strange figure the characters see standing outside the doctor’s house. Was it hovering several feet off the floor? And was its face nothing more than a blank shadow under its wide-brimmed hat?

By mixing the familiar with the weird, gamemasters can create an addictively dark storyline that has the players desperate to uncover each new clue, yet anxious about what it will mean when they do. 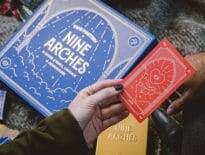 Games Nine Arches: Turn real-life into an adventure with… 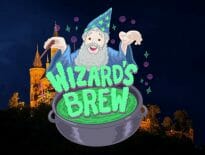