You are here: Home / Geek Stuff / Sites / Pathfinder Nexus is the new digital toolset from Paizo and Demiplane

Paizo Publishing, fresh with the newly recognised union, has partnered with Demiplane to launch the official digital toolset for Pathfinder.

We’re told the roadmap for additions and growth is already several years long.

Working with Demiplane on this project has been an absolute dream come true. Demiplane’s team brings digital expertise that is truly unique. With Pathfinder Nexus, we’re not only able to enhance overall Pathfinder gameplay, but this new toolset will also ensure that more people can experience the game than ever before.”

It’s expected that Pathfinder Nexus will be out early in 2022 and at PathfinderNexus.com. That’s a vanity URL right now, which redirects to Demiplane, who are the tech partners.

Announcements about the toolkit will be made via the Demiplane Discord.

Demiplane is the looking-for-group site that D&D Beyond founder Adam Bradford moved too and it’s been integrating and evolving swiftly. Last month, the good looking virtual tabletop TaleSpire was integrated with it.

Pathfinder Infinite is to Pathfinder what the DMs Guild is to D&D.

Pathfinder Nexus is the new digital toolset from Paizo and Demiplane 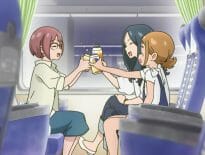 Anime Lucked out! A review of Looking For Magical Doremi… 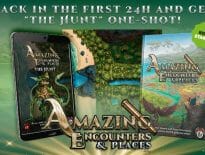