You are here: Home / Games / Tabletop & RPGs / Genre Police: Not The Destination, but the journey

This article is part of my survey group series. It might help to read the last two articles on ‘railroad‘ and ‘sandbox‘ if you are unfamiliar with the terms.

So almost no one knows what a pointcrawl is.

While doing the survey of gaming terms, I asked about hexcrawls and pointcrawls and got a variety of answers.

With both, there was some kind of confusion over the terms, I think because most gamers have heard the term ‘dungeon crawl’ and assumed it was related, so I got a lot of people thinking a hexcrawl was to do with dungeon exploration, and pointcrawls were the sort of campaign full of gamers only interested in collecting loot and levelling up. This isn’t near to or resembling what they are. At all.

So given that the survey was of a lot of people who did know, I thought that rather than my usual hot take, I would take a more direct route this time and actually explain the actual terms in depth. We’re going to do that through the medium of how we plan exploration and travel in our games.

Not All Who Wander Are Lost

So you have a group of wandering heroes. They need to get from a village in a woodland to the far north, an orcish settlement surrounded by ice and snow, to see if they can treat with the leader of the clan. She may be hostile, and it is a long journey.

Now there are several ways you can approach this journey. Assuming the journey is worth detailing and we don’t just skip to the orc village, we can first assume that we want to demonstrate a few things about the journey:-

So if we were to approach from a more ‘railroad’ perspective, this becomes a simple set of encounters, run one after another, in order, to show the players the world they are walking in.

But that can feel like the players are simply on a fairground ride, sitting on a track as they go through a series of dioramas.

At the sandbox-like end of the spectrum, we just provide the players with a map and let them pick a route. The encounters they run into will reflect the route they take. But within this, there’s lots of variation.

As one survey subject wrote, a Hexcrawl is “where the story map is divided into hexes that the players travel between, within each hex can [potentially have] plot-relevant areas, usually the hexes help divide the map and allow players to conduct travel time and distance and planning.”

If you have played Tomb Of Annihilation‘s jungle sections, you will be familiar with Hexcrawl format. Each hex holds something, and the players don’t know what until they enter it.

In our example, it might be a blocked mountain pass. It might be a dragon. It might be hard climb or a peryton nesting ground. They only know the geography of the land around them.

This is a cool idea because it gives the players agency over their journey and allows them to make section by section decisions about each encounter. The journey is part of the game, not just a sidetrack; it’s a puzzle to be solved.

But it can also have problems. Unless you are building only a few hexes at a time, planning a whole map full of interesting stuff, over half of which you aren’t like to use, can be a big time sink.

What if you plan the dragon encounter, but they choose to never go near it? Or pick hexes that only have similar encounters in them? Will it all feel samey? What if it just becomes a hex by hex grind of encounters you put in to fill space? It’s hard to tell.

So you might be finding you want a version of sandbox-style free choice play but with some level of narrative rail, so it all feels relevant and like you are in a novel.

One person knew what a point crawl was, and the quote was lengthy, so let me explain. A flow chart with the starting point at one end and the destination at the other end. Then a series of locations in the middle.

In this structure, we can have a series of encounters for each terrain type that flow from one to the other depending on previous choices. We can also build the dragon in.

The players are going to encounter it, but how depends on what route they have taken. If the players go via the waterfall, they will meet the white dragon in a cave behind the falls, surprised by a close-quarters attack, but the dragon has trouble flying.

If they instead choose the mountain bridge, they get to see the dragon coming, but it can fly. Each ‘point’ on the crawl can lead to one or two or multiple choices of next encounter, but each choice of next location is a moment the characters get to choose what they are doing.

The point crawl is a great structure, the halfway house between railroad and sandbox.

It’s sort of usable as an adventure style, too.

Most adventures or tales start at one point, fan out towards the middle and then narrow to a finish as players begin to take actions that close off choices towards a conclusion.

In this way, you can make a journey an adventure within an adventure and make your journeys something worth doing, rather than the background to the actual plot.

So that explains point and hexcrawl so that we all have some kind of terminology and have maybe thought more about how we can differ the levels of exploration within our games. Next time I am going to get into it about being cool versus sticking to rules. That won’t be divisive at all.

Genre Police: Not The Destination, but the journey 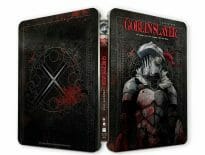 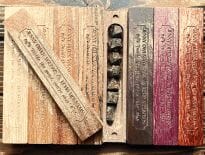