You are here: Home / Games / Tabletop & RPGs / Relic is a titan encountering RPG from the makers of Wicked Ones

Bandit Camp’s latest RPG, Relic, is about camaraderie, teamwork and exploring the wilderness. It’s a wilderness in which you might encounter a colossal titan.

Previously, Bandit Camp’s Wicked Ones was made free to download. It’s an RPG in which you play the dungeon monsters.

Relic launched on Kickstarter this week, has met goals, and you can join in on the pitch page.

Each book contains a setting and 12 titans, along with a map. There are details of settlements, talismans and lots of art. It’s a setting inspired by Shadow of the Colossus and Monster Hunter. Moana, Breath of the Wild and Princess Mononoke are also influenced, touching in environmental concerns and nuances other than giant monsters.

The titans are immense and definitely best not to rush into a fight with. That’s where the hunt comes in. In the lead-up to the encounter versus a titan, the PCs set up several scenes where they track, observe, and investigate the titans. They have to measure risk and reward, though – the more they know about the titans, the better the plan they can make but hunting a titan usually means traversing dangerous territory or, even worse, getting caught unaware by the titan itself!

That impressive looking slipcase box set, the one with all three books in hardcover, comes with the PDFs and needs a pledge of ¥14,999 (about £96).

There are higher tiers, mixing books with VTT modules and for retailers. The expected delivery is April 2023. 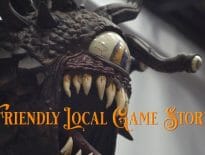 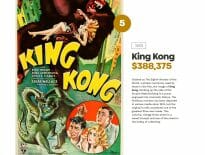