Relic is a soon to launch Kickstarter from Bandit Camp, that’s the indie RPG publisher behind the innovative Wicked Ones.

In Wicked Ones, you play a minion in the dungeon, but Relic is very different. Relic is Shadow of the Colossus meets Princess Mononoke. It’s Monster Hunter meets Breath of Wild. The low-tech steampunk-esq game is about encountering colossal titans, and the teamwork, camaraderie and exploration required.

Geek Native has an exclusive look at the animated versions of some of these titans. Each titan that gets made by Bandit Camp will have an animated figure for use with virtual tabletops.

Geek Native also has a look at the three-book slipcase being made for the project.

According to the spines in the mockup, the three are; core rulebook, Wartorn and Sea of Stars. What that means, though, hasn’t been revealed by Bandit Camp. However, we’re expecting the Kickstarter to go live this week, so we won’t have long to wait. 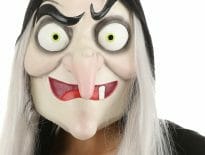 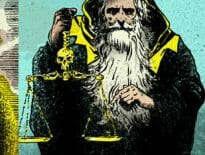