RPG news ahoy! Hello, hello, welcome to the end of the week, the end of the month and the first paragraph in this RPG news round-up of routinely itemised headlines.

Based on what people seem to be reading this week, the big news is the confirmation that the official Dark Souls RPG will be 5e-powered.

That’s a biased analysis because, despite the many big D&D releases we’ve had recently, Geek Native didn’t cover them. You’ll find links to sites that did in this article, though.

I figure I can save my coins and spend my time writing up less well-known games and titles from more prominent publishers. I’m not against D&D reviews; I just didn’t rush to pre-order the new titles. Wizards of the Coast have a new marcoms agency here in the UK. I’ve said hello; they said hello back. What does that mean? shrug I guess we’ll find out!

I’ve had a bit of a new and suddenly ongoing problem with winners not stepping forward to claim prizes! Who knew this would be a problem? So, unless I suddenly get input that this is a bad idea, I’ll write up new policies. I’ll give the winner a few nudges on the T&C defined timeline to give me their address, then I’ll contact a backup winner and repeat the process. The third step is to offer prizes to Geek Native Patreons on a first-come-first-get basis, and then I’ll go public with the freebies on Discord. 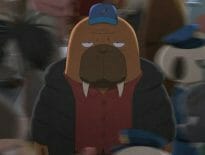 Anime Odd Taxi: In the Woods movie gets a trailer in the… 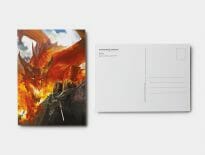 Art A look inside: 100 postcards of D&D archival …
wpDiscuzComment Author Info
Manage Cookie Consent
This site uses cookies 🍪, and links are ads that may earn bloggers some money 💰, and with this alert, I very much hope that these dark truths 🧌 are acknowledged.
Manage options Manage services Manage vendors Read more about these purposes
Preferences
{title} {title} {title}
Loading Comments...