Steamforged Games has today confirmed their surprise and teasing Dark Souls RPG announcement is for a 5e-powered game.

Steamforged previous tabletop titles, games like Animal Adventures, have used D&D’s system. So will Dark Souls: The Roleplaying Game despite the differences in tone.

The Stockport-based publisher will adapt the system to suit Dark Souls dark lore and tactical combat. The fully illustrated core rules will include new character classes, an entirely new magic system, lore on the dangerous world of Lothric and, of course, lots of Dark Souls’ monsters.

To say we’re thrilled about the DARK SOULS™ roleplaying game would be an understatement.

“We wanted to capture the spark of the video games and deliver a roleplaying experience that would give players the real DARK SOULS™ feel, whether they’re rolling a unique character from one of the bespoke classes, creeping through the ruins of Lothric and encountering familiar characters, or engaging in tactical combat against an iconic video game enemy.

“With the passion of our team and the writing of our lead RPG writer, ENNIE-nominee Richard August, we’re confident we’ve done just that. We can’t wait for players to get their hands on this game and experience roleplaying like never before. One thing’s for sure: Prepare To Die.”

As for how tactical combat might be brought to 5e’s abstract system? Steamforged notes only that D&D’s system will be enriched with unique Dark Souls mechanics.

5e is one the worst possible system for a dark souls game, what an absolutely stupid idea. This is just a marketing tactics because 5e is the most popular system. 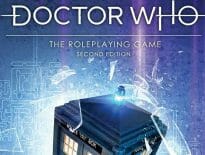 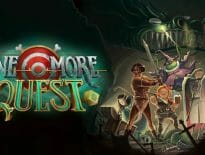