You are here: Home / Geek Stuff / The Alien RPG will explore Heart of Darkness

Heart of Darkness is a compelling story by the Polish-English novelist Joseph Conrad about a sailor trading on ferry boats in the interior of Africa. The powerful text explores European colonial rule in the continent.

Heart of Darkness is also the title of the newly announced cinematic Alien RPG from 20th Century Studios and Free League Publishing.

There are two styles of play in the Alien RPG. There’s the traditional campaign-style where your character might, maybe, have a greater than zero chance of surviving. Even if they’re a Colonial Marine.

Cinematic scenarios are different, the characters are pre-genned and the plot is carefully woven to introduce tension, conflict, deadly secrets and invoke the spooky horror of the Alien movie.

Heart of Darkness is a cinematic scenario is both a standalone scenario and a possible conclusion to the Draconis Strain Saga by Andrew E.C. Gaska. The previous cinematic scenarios in the line are Chariot of the Gods and Destroyer of Worlds. That’s three for three in naming scenarios after influential fiction, then.

Space is vast, dark, and not your friend. Try to scream and no one can hear you—hold your breath and you rupture your lungs. And there are things lurking in the shadows—things strange and different and deadly. Things alien.

Heart of Darkness is expected out this year, with pre-orders opening soon from Free League’s Alien RPG standalone site.

The Alien RPG will explore Heart of Darkness 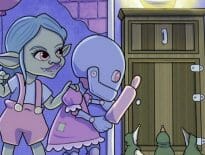 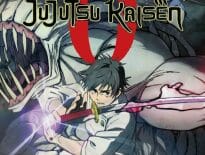