FASA recently announced Demonworld 4e which left speculation on whether this would help or hinder the proposed Demonworld RPG.

FASA has announced a rewrite of the game’s background, splitting it from Earthdawn and reducing the Demonworld RPG to “not a priority”.

And finally, the decision was taken to remove any link the product might have to the Earthdawn metaverse. While at one point it was deemed desirable to have all of the Fasa Games products linked in some way, so that the players of one game would have a path to the other produced by the company, it proves to be an issue when you have more than one of those products potentially occupying the same market space. By removing Demonworld from the Earthdawn metaverse, we can recast it back to being a high fantasy setting without fear of diluting the Earthdawn product itself. That also means that the focus of Demonworld will be as a table top wargame for the foreseeable future. While the possibility of an RPG in the Demonworld setting does remain, it will not be a priority in the short or medium term.

FASA notes that Demonworld 3e, which they bought, was tweaked to avoid clashing with Earthdawn’s setting.

However, a Demons versus Everyone else set-up is problematic in a wargame where multiple armies for collectors (and sellers) are ideal.

Armies not composed of many soldiers but a few powerful demons might also struggle to appeal to hobbyists.

Setting the “Demons” as the gods of the setting also helped solve another issue. The magic spells included in the third edition army books were very complex from the perspective of the table top game. They were rich and nuanced and written by people with plenty of RPG experience that perhaps didn’t see the difficulties those sorts of things presented from the perspective of trying to balance a scenario or set of points values within a miniature based wargame. 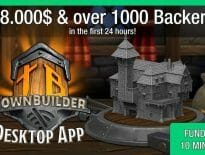 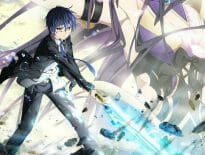