You are here: Home / Games / Tabletop & RPGs / Scanned original D&D campaign documents from 1976 have been shared

Shannon Appelcline, an RPG historian to whom we owe much thanks and Designers & Dragons author, has released a Google Drive of Bill Wilkerson’s original Known World documents.

Some are upside down, but they’re there for you to pick through.

The campaigns ran from 1976 to 1979 and 1983 to 1990, with Tom Moldvay and Lawrence Schick as DMs. A player in those games was Bill Wilkerson, who saved his notes, and it’s those notes that Shannon Appelcline has scanned and uploaded.

The Known World later became known as Mystara, and it’s Mystara that’s generally counted as the first official D&D campaign setting. Some of Bill’s notes are his overview of the Imirrhosian continent and the history of Imirrhos.

There are eight different documents in the folder, including;

-Photocopies of Moldvay’s & Schick’s OD&D house rules. We scanned them in three batches, which I here arbitrarily designate A, B, and C.

–Tom Moldvay’s character sheet for one of his PCs: Moirrighan, a human female Fighter / Magic-User. This is an original (not photocopied) document, featuring Tom’s own ballpoint-pen hand-writing.

–“The Quest for the Sacred Sceptre” adventure. Bill Wilkerson’s submission to one of the early Dungeon Design Contests held by DRAGON magazine. Set in the Kingdom of Talinor. The adventure was not selected, and the contest rules stipulated that the submissions become property of TSR. Bill wonders how the dating of his Spider Queen design relates to the dating and development of Lolth, and whether he based his Spider Queen on Lolth, or vice versa. (I looked up the International Dungeon Design Contest (IDDC): the first contest posted the list of winners in DRAGON #32 December 1979 (it says the judging took two months longer than planned); and the start of the second contest (IDDC II) was announced in DRAGON#36 April 1980. Any experts in Lolth are welcome to chime in.)

Scanned original D&D campaign documents from 1976 have been shared 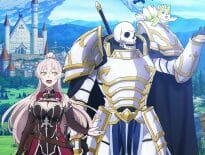 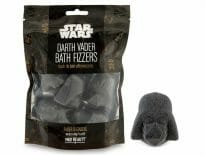