You are here: Home / TV / Anime / Odd Taxi: In the Woods movie gets a trailer in the show’s typically not-odd style

Odd Taxi is a surprise hit of an anime in which a taxi driver becomes caught up in a murder mystery because of the people who get in his car.

On the back of the TV anime’s success, there’s a movie coming and now Odd Taxi: In the Woods has a trailer.

There’s an accompanying poster, or key visual, for the movie and on that, there’s some text. There’s blurry text and the phrase, “The truth is in the woods”.

That’s hints of another murder, perhaps? Or perhaps we swap trees for brick and enter the urban jungle.

Odd Taxi was streamed by Crunchyroll outside of Japan. There’s an English dub coming, but there have been some final tweaks. As a result, that launch has been pushed back to February.

Odd Taxi: In the Woods movie gets a trailer in the show’s typically not-odd style 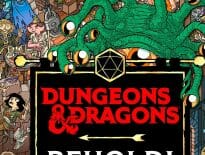 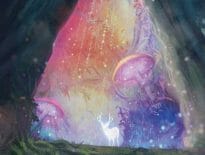