Sadly, it’s impossible to omit the ongoing drama around TSR Games (3) this week.

I’m sure everyone is wishing we’d been able to move on. However, the company that bought the rights to the name is still making waves.

There’s a summary below.

In better news, it’s a new month which means a new chance for Geek Native’s patrons to vote in the RPG Publisher Spotlight. Grognardia Games won for this month and August’s candidates are;

There’s also a chance to win the new RPG from NerdBurger Games and play in a dark fairytale inspired by the likes of The Neverending Story. There’s a physical copy of Good Strong Hands up for grabs, and Craig is willing to ship it to many countries.

Also, do check out the RPG bundles section. Last week I asked whether this summary column was getting too long, and then this week, two deals save around $100, which seem to show the value of this new section!

Just because everything happens at once; it’s also Superhero Week here on the blog. 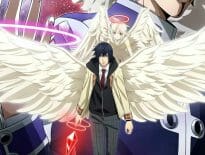 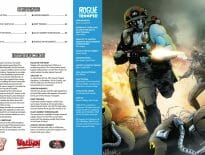