You are here: Home / Games / Tabletop & RPGs / TSR Games (3) say they have replaced the voice of TSR Games

It’s been a saga, so here’s a quick recap. TSR Games announced their return, only to reveal they had simply bought the rights to the name. Key people began to distance themselves in response to aggressive communications from the new TSR Games, including most of the Gygax family while TSR Games (3) began to threaten OSR communities.

In a now edited Facebook post-Ernie Gygax admits to once wishing to machine gun bullies. Another of TSR Games (3) founders blames the internet’s horror at the company’s behaviour on a coordinated assault by Wizards of the Coast.

Conventions, including Gary Con and Gen Con, ban TSR Games (3). In response, TSR Games (3) complain that they’ve been banned from a convention they started. TSR Games (3) is the company that bought the rights to use the name, one of several.

RPG historian Shannon Appelcline points out that, in any event, the actual TSR did not start Gen Con. Gen Con started 8 years before the founding of TSR Games (1).

This morning, in a Tweet, TSR Games (3) announces that the “individual that was handling this account is no longer with TSR”.

In better news for TSR Games (3), the Dungeons & Dragons Museum that they want to open is approved by Wisconsin city (geoblocked article).

Access for non-members to the TSR Museum starts at $5 and membership costs up to $1,000. At the $1,000 level visitors get free snacks. 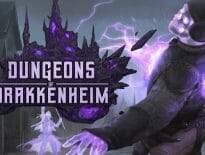 Tabletop & RPGs Dungeons of Drakkenheim: On track to become a $1m … 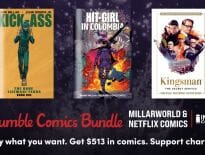