Monte Cook Games will release eight adventures in sites connected to the datasphere in a supplement for Numenera.

The book will be available later on in July, but a free preview is now available from DriveThruRPG.

Inside a maze of steel and crystal pillars lurk demons and bladehounds from this world and beyond. Those who venture within to face these terrors—and survive—are blessed with strange protective enhancements.

Seven huge boulders float, nearly imperceptible, a mile above the earth. Legend says ancient gods put them there, to guard against enemies among the stars. Are the cruel, stone-armored creatures that fall randomly from the sky among those enemies?

A massive ribcage rises from the ground near a giant weathered skull. Creatures in the area—from simple insects to terrifying abhumans—grow to monstrous proportions. Courageous adventurers who enter these ancient bones might find the cause of this rampant growth and perhaps discover many other secrets!

The eight ruins detailed in the book come with rumours about them, encounters and treasures appropriate for Numenera’s setting the Ninth World.

Also found within the pages are new cyphers, artifacts and creatures such as Aorut, Etranv, and Isijaan. These three are godlike influences on the datasphere who can influence the vertices so that no two visits are the same.

Vertices will also add a random settlement generator so that GMs can quickly whisk up locations for the PCs to visit in this changing world. 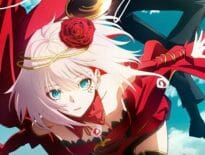 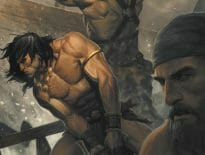