At Arc Dreaming Publishing, Shane Ivey has revealed that he working on a new RPG of sorrow and cosmicism set in the Old West.

The game is called Gunslinger, although that may change.

Ivey runs Arc Dream with Dennis Detwiller and is known for contributions to RPGs like Godlike, Wild Talents, Better Angels and Delta Green.

Delta Green feels like it might be closest to Gunslinger, given that the forthcoming western will include cosmic horror innovative of the work of H.P. Lovecraft.

Playtesting for Gunslinger is well underway, with the third test nearly at its conclusion. Ivey has been recording these playtests as actual play, and these will be soon released over his Patreon. 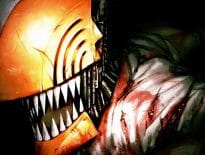 Anime As awesome and weird as expected: Chainsaw Man ani…