You can now pre-order Conan: Waves Stained Crimson Campaign from Modiphius has a physical book and secure a free edition of the PDF.

The book is due in August, and the PDF due out in the next few weeks.

The campaign requires the 2d20 core rules Conan: Adventures in an Age Undreamed Of and consists of five different adventures, new monsters and antagonists.

In desperation the sailors abandoned their oars and snatched up their weapons. It was valiant, but useless. They had time for one flight of arrows before the pirate was upon them.

From a merciless attack in the dead of night, to the bloodthirsty duels port of Tortage, life is never easy on the ocean waves. In this thrilling campaign, players will raid cities, avenge being enslaved at the hands of a ruthless buccaneer, and write themselves into legend!

Waves Stained Crimson is not the first Conan supplement. Previously, Modiphius released the 121-page adventure Conan the Adventurer and the similarly sized Conan The Exiles Sourcebook. Exiles is also available directly from Modiphius in physical form. 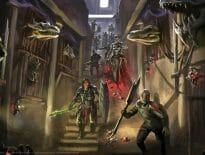 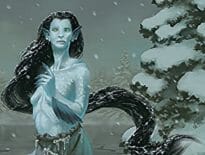