We mark the second anniversary of Greg Stafford’s passing this week. Chaosium did so with style by presenting both the 2019 and 2020 Greg Stafford Memorial Award for Gloranthan Fandom.

It’s Halloween month which means Geek Native is gearing up for the annual 12 Masks of Halloween countdown. Like a spooky Advent calendar, as the day approaches, the blog shares a mask a day. Just to forewarn you.

This week’s collection of RPG news looks a tiny bit different from the week before.

Well, I noticed the RPG news from around the web section was getting longer and longer. In part, this is due to more RPG blogs coming on to my radar and therefore more RPG reviews making the Routinely Itemised cut. So, I’ve carved off external RPG reviews and interviews into a section all of their own.

Now, let’s get into the meat of the roundup with RI-speed bullet points of RPG news! 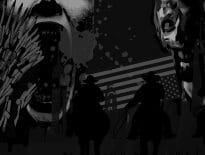 TV Dexter returns: Which were the most disappointing … 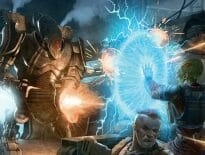