You are here: Home / TV / Dexter returns: Which were the most disappointing TV show finales?

With news that Dexter is returning to TV, and star Michael C Hall reprising his role in a 10-episode series, the topic of rubbish finales is a hot one.

Dexter won Hall five Emmy nominations, a Screen Actors Guild Award and a Golden Globe but after eight seasons, many fans were badly disappointed by the final.

As it happens, as part of their marketing efforts, UK site Net Voucher Codes have put in some IMDB research and plotted the worst season finale ratings found there.

Are you surprised by these results? Both House of Cards (US version) and Game of Thrones fall lower than Dexter ever did.

I’ve not yet seen Westworld season 3 so, well, this chart gives me a reason to brace myself!

It’s the How I Met Your Mother finale for me. My god it was SO BAD.

Yikes! I’ve seen some of that show… but to think it ends with a rating on the same low level as these others. Wow! That must have been disappointing.

Dexter returns: Which were the most disappointing TV show finales? 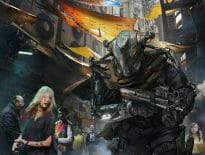 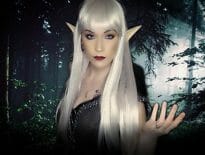