You are here: Home / Games / Tabletop & RPGs / Genre Police: Take The Power Back

This Article is part of a series about the dials. Find the first dials article here and the dial about low GM narrative control is here.

Let’s talk about control for a minute. Any time one person has a kind of control over another, there’s a power imbalance. This is constantly true about RPGs. The GM of most games are automatically in an assumed place of higher narrative control – they dictate the fallout of actions and decide the plot.

The level to which they are prepared to surrender that control is variable, but at the end of the day, final narrative authority in the majority of games end with the GM. This is a tremendous amount of power and allows you to turn the games ‘discussion’ in any way you see fit.

Now without quoting Spider-Man, having this power over the players is something you have to treat with respect. All of the best GMs I have known foster trust with the players. That’s maybe the most important step in allowing you to move a game in engaging and challenging directions.

The reason I controlled the narrative of this article and didn’t start with a meta-joke is to show you how much power a simple decision by someone who can control a narrative can be in establishing tone and setting expectations. The beginning of this article now seems more serious than my other articles. This is what is feels like when a GM turns the narrative dial ‘up’ towards themselves.

Wait, does that mean this whole opening was still sort of a meta joke anyway? I just can’t help myself!

So unlike other columns, I need to talk about narrative control in a different way. It’s a powerful element that a lot of people feel funky about using and the most common fallout of turning the narrative control towards the GM is that the game feels ‘railroady’.

While players who feel this are often correct, we need to realise that the issue is more complex and we should feel empowered to occasionally shift the game’s focus back to our intent.

After all, narrative control is not always a dial to which we give much thought, and we move it around a lot in our plots.

Sometimes the players are dictating where the action goes, sometimes the GM is dictating the consequences of choices they have made. It subtly wavers up and down. But sometimes we can purposefully turn up the dial and dictate terms. When we do this we shut down player agency in some way in order to control the narrative.

Sounds like bad authoritarian GMing when I put it like that, right? Taking choices away from our players? Ok, yes. But like any rule, there’s a number of exceptions.

Here’s some good reasons you might take control of a narrative.

In order to enforce a reality/tone of the gameworld: Sometimes a player steps outside the reality of a world. For example, you are playing a game based on Silver Age superheroes and a player does something that is dark and grim.

If you set an agreed tone before the game began, now would be the time to step in and say ‘that doesn’t happen, remember what we agreed. What else happens instead?’.

To keep it on track: The most very basic use of taking narrative control is when the players have been talking for a while during some kind of plan and the discussion begins to get circular, just saying ‘so you are going with [Plan A]?’ is a useful and gentle way of moving the narrative forward, taking control but not forcing anything.

You need to occasionally steer a discussion like this back into focus so the narrative can continue.

To set boundaries: If a player is acting on the margins of agreed acceptable behaviours, then you are quite within your rights to say ‘No’. Very softly just saying ‘no, we aren’t gonna do this’ empowers most of the table to feel like they can voice concern and usually the offending player will realise they have gone too far and back down.

On a harsher level, anyone in my games who attempts to dehumanise or bully other players through their characters catches divine a lighting bolt. But at that point, I’m not really concerned with their agency.

The game demands it: Some games enforce rules that dictate behaviour. In Pendragon, the game makes the players behave like Arthurian knights. If they rail against this, the game will fight them and tell them ‘no, you wouldn’t behave like that’.

In something like Burning Wheel you can just say to players ‘this avenue is now not going to work, you need to try something else or fail’. In other game systems, realistic consequence to actions performed can lead to you dictating narratives you wouldn’t otherwise consider. Don’t shy away from that.

In order to finish an adventure: As you go through any type of story arc, you need to be looking to cut down options. You are intentionally closing down narrative options that could go somewhere, but you don’t want it to spiral out of control.

This is maybe the most subtle and most subconscious pieces of narrative controls but one that the understanding of is vital to GMing.

You have the control to dictate which courses of action make progress or don’t. This allows you to funnel any action taken towards a satisfying conclusion.

So, the flip side of this. We have briefly discussed railroading above, but it can go beyond that so quickly if you aren’t careful.

Control and power are present in all human interaction, and it’s important to recognise that sometimes we bring our own baggage to that. For example, the reason I GM more often than play is due to my desire to interact with worlds where I have a form of control that I lack in our world.

Often what players do clashes with that metric and I have reconcile the two realities. So there’s a number of not so good reasons people often clamp down on narrative control, and you need to be aware of the impulse to do so.

Here are a few questions you need to ask yourself before you start taking control and dictating behaviours and consequences to players.

This last one is very important. You don’t need to disguise the fact you are stonewalling a player, instead saying to a player ‘can we find a compromise’ is useful.

I often find that offering narrative control back as soon as possible is a good way to help. ‘You can’t burn the prisoners for information, we agreed that good guys don’t torture. But if there’s a way you can convince them you might, we can work with that. What do you think might produce the same result?’.

This creates a situation where you are still in charge of keeping the larger narrative afloat but have given agency to the player to make an immediate choice.

Well, that concludes the narrative dial, I hope you now have the tools to order your narrative! Next time we will move on to the last of the dials, where we talk about character.

Genre Police: Take The Power Back 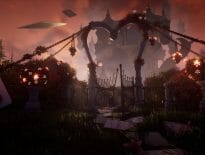 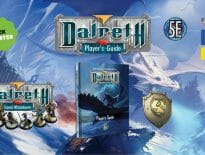