You are here: Home / Games / Nathan Fillion and Laura Bailey return to Starfinder

The Paizo and Amazon venture to bring Starfinder to Alexa as a voice-controlled sci-fi RPG has added the second half of season one to the game.

Nathan Fillion and Laura Bailey return with voice actors from part one, including Kevin Pariseau, Elizabeth Evans, Allyson Johnson, LJ Ganser, and Lauren Fortgang to round off the specially adapted adventure path.

The pilot episode, launched last year, is based on the introductory adventure Scoundrels in the Spike and is free to play.

Remaining episodes are $1.99 each or $9.99 for the full season. Saying the phrase “Alexa, open the Starfinder game” will start you off but don’t need an Alexa to play. Starfinder fans only need to have the Alexa app, which can be added to many smartphones.

The game has done well, Amazon reports that nearly 2 million minutes of gameplay has been recorded. This makes Starfinder one of the most popular Alexa apps.

Paizo is giving away the first episode to customers who buy the Starfinder Beginner Box. 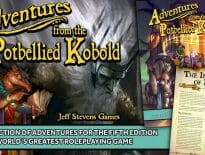 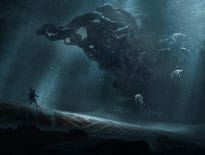