In an official update from Larian Studios, the game developer behind Baldur’s Gate III, players in the early access release of the game got a telling off.

Congratulations, you’ve basically made the default Vault Dweller. What the hell guys. We gave you demon eyes, horns, and even tails. We are sorely disappointed. Go crazy. We worked hard on this!

Are you in the early access version of Baldur’s Gate and is your character boring? Do they have horns?

Perhaps I’m being defensive about this but generally in D&D if your character has demon eyes and horns, then you’re playing a Tiefling.

It might be the case that early access gamers are just creating canon D&D characters so they can properly enjoy the D&D experience in a computer game. Does Larian have any research in which large groups of roleplayers said, “Gee, I want to play a dwarf barbarian, but I wish she had a tail”?

I’m absolutely going to give Baldur’s Gate III a shot but – don’t laugh – I’m holding out to test it on Stadia. I want to see if I can combine Google’s processing power and get the cloud saves so I can play in bed or from the sofa as the whim takes me. Perhaps that’s a bit dull too. 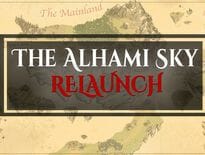