One of the biggest tabletop games communities OnTableTop (aka Beasts of War) has been sold to the retailer Wayland Games.

OnTableTop has a large YouTube presence and covers wargames, board games and occasionally RPGs. It’s the media sponsor for the UK Games Expo and has busy forums.

Founded by Lloyd and Warren Johnson and with several full-time employees, the site has been running since 2009

2020 has been a tough year, and in a special post Warren explained the company needed help with the financial risk of infrastructure costs.

I’ll be honest. Lloyd and I have some mixed emotions about the whole thing. We have worked our little socks off to build and grow this platform, and packaging up that ten-year labour of love to a new owner does leave a little lump in the throat.

However, both Lloyd and I have a 360-degree view of the business, the industry and its community. We see the infrastructure required, the industry trends and the opportunities appearing plus the costs and risks involved in attempting to seize those opportunities.

This then was an opportunity we decided to seize. It not only secures the long term future of the platform and community but the opportunity to bring forward some of the exciting projects and ideas that we have been sitting on was irresistible!

We’re reassured that the immediate OnTableTop team will continue to be involved in with the site.

Wayland Games is one of Europe’s largest independent retailers of tabletop games.

Based in Hockley, Essex, the company sells all the games OnTableTop usually covers. Wayland Games is currently looking for a Marketing Manager as well, offering between £35K and £50K for the full-time position. That’s one of 10 vacancies currently listed on the site along with a full time freeform digital sculptor and laser cutter operative.

There will be a “Town Hall” discussion on OTT’s Discord at Wednesday the 14th of October at 8pm BST to talk the community through the acquisition.

Congratulations to Warren, Lloyd and the whole team. 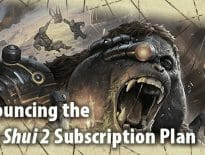 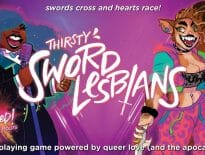