The weekend approaches, and that means time off to you, as it does to me. I hope you can make the most of it!

I’m making plans for when the coldest teeth of winter start to bite here in Scotland, and it involves making my way through the vast pile of RPG reviews yet to be written. A glance at today’s summary suggests other bloggers may well be ahead of me.

Not that there’s no news this week. Paizo has been busy, with plans and even apologies.

Both Demiplane and Roll20 have made announcements. The former announced the World of Darkness Nexus to play Vampire and other games online. Starfinder Nexus is in the works too. The latter, pushing ahead with their headstart and releasing their long-awaited mobile app.

There’s an official Marvel RPG on the way. In case you might have let that slide to the back of your mind, the comic publisher showcased some of the variant covers they’ll give the game. You can also pre-order the playtest for March.

While there’s all that new stuff lined up, it’s also the beginning of the end for the current Judge Dredd RPG. EN Publishing hasn’t been able to keep the license. 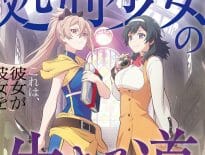 Anime Well, that gets dark: The Executioner and Her Way … 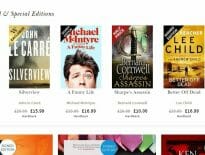