Paizo has been in the news for lots of reasons, good and bad, lately.

The publisher has dropped the word phylacteries from Pathfinder as it has real-life religious meaning, not something this blogger knew. Pathfinder Nexus and the marketplace Pathfinder Infinite both launched. Perhaps most significantly; the company recognised United Paizo Workers, making it the first tabletop games union in the States.

As a result of initial meetings with the union and recent discussions, concerns have resurfaced for which Paizo President Jeff Alvarez has today apologised in a statement from the company.

The first relates to the mishandling of user data when the public replies on message boards containing address information. That was a breach of Paizo policy.

This was a huge mistake on my part and I am deeply sorry for any issues that have arisen from these actions. This was not the right way to treat our customers and I apologize. As President, I know I need to hold myself to a higher standard.”

The second relates to Paizo’s policy for who shares rooms with whom during official travel to conventions. It had been alleged that the old policy, now overturned, was transphobic.

As the person in charge of trade shows, I want to apologize to anyone that felt marginalized as a result of the convention decision-making process. It was not our intent to discriminate against anyone, and I’m sorry.”

The new policy is one person per room unless a couple, of any gender combination, are travelling together. Couples may stay together.

Notably, a law firm called Moritt Hock & Hamroff (MH&H) is still investigating allegations of sexual misconduct and discrimination within the company. They are due to the report to the leadership team, but the results of that will not be made public due to their personal nature.

Additionally, Paizo has still not hired its HR manager. The position has oft been connected to leading the Diversity, Equity, Inclusion, and Belonging (DEIB) program within the publisher and working with a union. 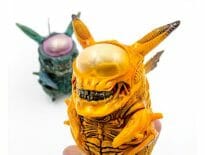 Geek Stuff Words are not enough to describe these Xenomorph P… 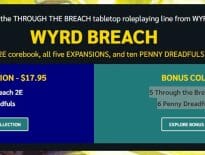