The Endless Stair is Ed Greenwood’s first D&D book, and Greenwood created the Forgotten Realms, which for many 5e players, is the default D&D setting.

Initially published in 1987, The Endless Stair is old enough to carry Wizards’ standard warning about legacy content. It might not portray people in the way we would today.

The D&D adventure module is for the setting Mystara, and Mystara was the default campaign setting for Basic D&D back in the day. It foreshadows some of the ideas we see later in the Forgotten Realms, which started to have books published a month or so later.

Although “The Endless Stair” isn’t actually set in the Realms, it shares some of the same design ideas that Greenwood uses in his own setting. Most notably, Greenwood has said that people are the heart of the Realms, and that seems to be the case for “The Endless Stair” too, which is full of NPCs. The adventures starts out by peopling an inn with more than 30 people; then, over the course of the adventure, various NPCs vie with the PCs for lost treasure. There’s even an organization of the type you could find in the Realms, “Those Who Watch.” Finally, the idea of a Stairway climbing up out of the wilderness toward a “Seat of Power” was swiped for use as the Celestial Stairway that shows up in the Forgotten Realms’ “Avatar” trilogy (1989). 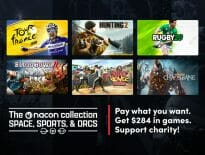 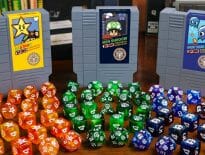