The Wizards of the Coast publisher account at DriveThruRPG has added three sets of D&D character sheets from legacy editions of the game.

There’s the D&D Player Character Record Sheets (Basic). First published in 1984, these accessories (AC5) weren’t valid for very long. New rules for D&D made this pack incorrect, and the AC6 set was published in 1985.

In full colour, there are the D&D Character Sheets from 1991 (according to this ebay listing for TSR 9308) which shows a warrior riding a small dragon.

Three trolls, hot, hungry, and bothered, are breathing down your neck in a dead-end catacomb. Is this the end of the line for your noble hero?

D&D 5e simplifies spellcaster rules for NPCs, making them less “county”, and thus, you could argue a different style of the character sheet is needed. That’s the argument for Non-Player Character Records (AD&D).

These packs contained many pages of blank character sheets, but that’s unnecessary in today’s work of printers and editable PDFs. 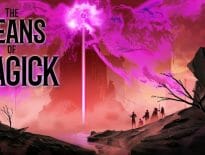 Tabletop & RPGs The Means of Magick: Fight back against the megaco… 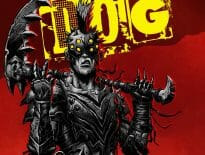