The forthcoming Demon Dog from Nightfall Games has been delayed.

The tabletop RPG was to be the company’s fourth Kickstarter. That’s significant as it means the publisher doesn’t yet have the success needed to run multiple crowdfunders. Nightfall needs to finish The Terminator RPG and SLA Industries: Collateral before they can launch a new one.

Kickstarter recently clarified that it would not allow creators to overlap campaigns, not unless they could show experience of running many.

Demon Dog is a punk Mork Borg compatible roleplaying game. Today, as a way to offer something to fans, Nightfall released the striking front cover. It’s a design by Nightfall’s Dave Allsop.

We are disappointed by this news as we would have loved to get DEMON DOG into your hands sooner, but we are very much in favour of the new regulations that Kickstarter have implemented

The plan is to do Demon Dog next and as fast as possible. Nightfall is keen to get onto Stokerverse and a Harrowvale partnership with Handiwork Games.

404 Details Not Found.. wtf is going on with KS? Is it a universal “crackdown”? Is it just this company in trouble? In trouble for what?

What the heck is going on here.

Kickstarter recently introduced/started enforcing a rule that creators could only have one campaign at a time. Exceptions are possible, and Nightfall doesn’t qualify. 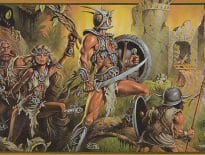 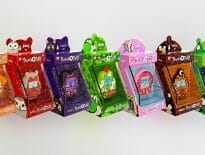