This is Audio EXP for the 8th of October 2022, and the title of this episode is “D&D’s digital Dan is the new boss”.

[The following is a transcript of Audio EXP: #167]

I’ve been trying to get in touch with the Rabbit crew, sent a few messages and finally joined their Discord server to try and politely line up a DM there. It makes me think about how Discord messages from strangers feel like spam, and I’m keen to avoid that and how cautious I am about signing up for new Discords.

I wish the mobile app let me more easily see the messages highlighted for my attention.

Ahem, on that note, there’s a bit of an experiment on the Geek Native Discord. I’ve put together three Halloween wallpapers and using emoji you on Discord, you can vote for one to be upgraded to merch status. That one will appear in the site’s Redbubble store as a jigsaw, wall art, notebook and other forms.

Now, let’s dive into the D&D news, and there are loads this week.

First and foremost, there’s digital Dan, aka Dan Rawson, who is the new boss of Dungeons & Dragons.

Dan has worked in Korea and India, and you have to imagine the near and far East are big targets for Hasbro. He’s worked at Coupang and Flipkart, and I know both companies through my day job in digital marketing. They’re both eCommerce successes; Dan’s played a part in that you and you know Wizards of the Coast are super keen.

However, Dan also worked at both Amazon and Microsoft. Those are two companies that Cynthia Williams, the as-of-this-year Wizards of the Coast boss worked for. Despite having worked in different parts of Microsoft, they seem to know each other.

One other bit of D&D news is that there’s a D&D slow cooker.

Now, I could be talking about tensions between gatekeepers and people who want a better world, but I’m not.

I mean an actual slow cooker, and it’s covered with D&D ampersands.

I blogged about it as it makes me think about the D&D merch strategy. I’ve just poked fun at gatekeepers, but is there a quality line that Wizards must not cross with D&D. Does fantasy escapism begin to be a bit less of an escape if it’s around every corner and in our mundane life?

There’s also new D&D LEGO coming. That’s cooler. What makes this extra cool is that you get to design it.

The competition is part of D&D’s 50th birthday, and because LEGO tries to be a good company, the prize here isn’t just exposure or the chance to make your design real. The winners will get 1% of all sales of their D&D design generates plus other prizes.

This competition will make you rich if you design a global success.

I’ve not been all D&D fanboi this week, though. VPNOverview hit me up with a league table of privacy policies so we can compare Disney+, which does terribly, with platforms like Playstation.

I asked them to investigate how easy it was to read Wizards of the Coast’s privacy policy, which applies to D&D Beyond and Magic, and they came back with some comments.

In terms of being a bad policy, it’s mid-table, better than Disney+, but not good enough. The VPN site estimates you need college-level education to understand it, which is bad news because it applies to people 13 and up. How can they expect a 14-year-old to understand that legalese?

Maybe digital Dan will step in and improve, but I suspect it’s not top of his to-do list.

Then there’s the D&D movie coming, which I fear I’ll hate, but hope I’ll love. I can now confirm there’s Honour Among Thieves prequels coming. Not yet in movie form but as two novels. One focuses on the owlbear wildshaping Druid, Doric, and the other on a trip to Neverwinter.

Meanwhile, over at Geek Native, if you’re fed up with Forgotten Realms, then Nine Heavens Press wrote up the Bulgasari for me. I’ll be pronouncing that wrong.

The monster is inspired by Korean folklore and appears in the Undying Corruption setting and adventure from the Korean-American publishers. You can find its 5e stats, an essay about why it makes a great big bad and links to the Kickstarter on the blog.

There’s also a commissioned article on the blog this week from the author and artist Jerad Mullicane called Charisma Saves, Improving Improv. It’s about how improv plays a key part in tabletop games, how it can help you and the group and generally be helpful.

https://www.geeknative.com/146928/free-to-download-fabula-ultima-ttjrpg-press-start/Now, I’m going to loop back to freebies in a bit, but since Essen Spiel is on as we speak, and since the hottest product on DriveThruRPG right now is Fabula Ultima, I want to call out that I spotted the quickstart earlier this week.

It might have been a scoop; I’m not sure. However, the links are also on the blog if you want the 52-page intro to this Japanese RPG-inspired tabletop game. I think it looks good!

I also think Black Panther 2 looks good too! I didn’t spot the trailer before anyone else. Gosh! Imagine getting a Marvel scoop, but I wrote it up anyway.

What do you think? If you’ve seen the trailer, do you think the movie can live up to either the legacy or the hype now?

A show almost not on the radar, but which I think might be incredible, is the original anime Giant Beasts of Ars. I can barely find anything in English; however, it’s a show of heroes meeting in the saga sense in a world filled with huge monsters.

It might never get picked up by a Western audience, but time will tell. Why do I like it? The anime looks to be a good mix of epic encounters, high octane and imagination.

I mentioned other freebies, so let’s get cracking with those. The first is less of a quickstart and more of a weird ad-intro combo but still worth a mention. That’s the System Overview & Mechanics download for GG Games’ 1d10 System.

The next takes us back to 5e and D&D with Paul Gregorwich’s Monster Harvesting rules. These are all about cutting up critters you beat for parts like armour or potions.

Taking 5e to space, there’s Improved Space Combat & Custom Spelljammers which does what it says on the tin. Nice to make those rule free for the community.

Escaping from 5e for a bit there’s Nevermore. That’s a Poe-inspired card-based horror RPG. It’s on Kickstarter right now but the quickstart is out, and a Pay What You Want.

In terms of bundles and sales, if you’re quick there’s a flash sale on Arc Dream’s Monsters and Other Childish Things. That game is described as a mashup of Calvin and Hobbes with Call of Cthulhu. I’m very tempted.

So, let’s close the page there, keep safe, keep creative and I’ll see you next week. 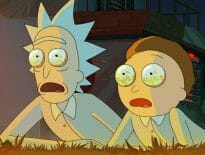 TV Stats: Dragons, Thor, Lord of the Rings and Rick a… 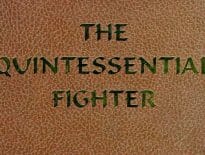