Wizards of the Coast have created a new position of Senior Vice President of Dungeons & Dragons in the company and appointed Dan Rawson. This makes Dan the new D&D boss.

Previously, Dan lived in Korea and India, where he was leadership at Coupang and Flipkart. These are both e-Commerce companies. Before those, Dan was at Amazon.

Sound familiar? Hasbro hired Cynthia Williams as the boss of Wizards of the Coast at the start of the year. Cynthia also came from Microsoft (from Xbox) and was at Amazon before then. Cynthia also has experience in logistics, even having a patent to her name.

The press release from Hasbro quickly highlights Dan Rawson’s e-commerce and strategy experience, and when it talks about him leading the overall growth of D&D, it lists three areas. They are; digital, physical, and entertainment.

We’re used to WotC stressing that the future of D&D is digital and so aren’t surprised to see that listed ahead of physical. The inclusion of entertainment is newer (to this blogger) and lines up not just with the coming release of the D&D movie but multiple D&D TV shows.

We couldn’t be bringing on Dan at a better time. With the acquisition of D&D Beyond earlier this year, the digital capabilities and opportunities for Dungeons & Dragons are accelerating faster than ever. I am excited to partner with Dan to explore the global potential of the brand while maintaining Hasbro’s core value as a player-first company.”

With D&D Beyond bought and taken in-house, Wizards of the Coast now has 10 million registered players. In the days of books, tables and dice, they’d only have some retailers on their lists.

Do you think Dan Rawson and Cynthia Williams have worked together before? Microsoft and Amazon are use companies, so what are the chances of the two overlapping?

Well, it turns out they might have had. Dan says;

Leading D&D is the realization of a childhood dream. I’m excited to work with Cynthia once again, and I’m thrilled to work with a talented team to expand the global reach of D&D, a game I grew up with and now play with my own kids.”

Dan is also a U.S. Marine veteran with a B.A. from Harvard and an MBA from Northwestern. 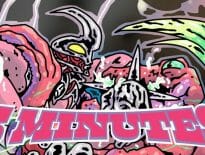 Tabletop & RPGs Become a monster to fight monsters: 3 Minutes is a… 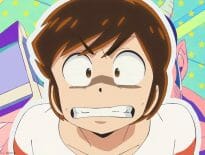