You are here: Home / Games / Tabletop & RPGs / The Bulgasari from Korean mythology is a perfect boss monster for your 5e campaign

Characters are shamans and exorcists in a setting influenced by Korean folklore. The creative team are mostly Asian-American tabletop game makers bringing talent and cultural insight.

Geek Native covered the Kickstarter launch but I felt there was more to say. I hardly know anything about Korean mythology and folklore, and I suspect my Scottish gaming groups don’t either. Just how striking and memorable are these new-to-me creatures?

Fortunately, the head writer on the project, Minki Kim, also the founder of Nine Heavens Press, was able to help. Let’s meet the Bulgasari, one such monster, and why the Nine Heavens Press team think it’s a perfect boss monster. Want stats? We’ve got those too.

While the Tarrasque represents the rage of the eldest Primordials against the gods, the Bulgasari champions the anger of the people against the injustices they face. Its name literally translates to “Impossible-to-Kill” and in our book, it is a CR 10 Construct that can eat and tear apart any nonmagical metal (including your armor).

The Bulgasari’s tale dates back to the waning years of the Goryeo Dynasty of Korea in the late 14th century when the kingdom ordered a crackdown against Buddhist monks fleeing their temples. While in hiding, the monks performed a ritual that involved molding together steamed rice grains into a grotesque shape and feeding it needles. The more it ate, the more it grew and started to consume any nearby metals, which prompted it to turn against the kingdom’s metal armored soldiers.

Though seemingly invincible to conventional weaponry, the soldiers burned it alive through a gambit that succeeded, but not quickly enough. The Bulgasari’s rampage intensified as the world around it burned until it too soon joined it in ash.

When running your campaign, common people who are plagued by villainous forces can inadvertently bring the Bulgasari to life. It rampages indiscriminately, attacking both forces allied with the BBEG and your player characters, hinting at just how dire the overarching conflict they face has become.

Though the Bulgasari is a CR 10 creature, it notably boasts 225 Hit Points, 47 more Hit Points than the Stone Golem, another CR 10 Construct. This is on account of its Vulnerability to fire damage. At level 10, a 5th level Fireball can deal potentially over 60 damage against the Bulgasari, enough to slay it in less than a round. Though the Bulgasari may seem more brawn than tactics, it isn’t a foe to be underestimated.

Using fire damage against the Bulgasari unleashes its Flame Body Reaction where, like in the myth, its body combusts, potentially dragging nearby player characters into the inferno. Its Vulnerability to Fire deactivates until the end of its next turn. All the while, it enjoys targeting melee combatants wearing metal armor to both damage it (if non-magical) and gain temporary Hit Points based on half the damage it dealt.

The Bulgasari demands players fighting it to think strategically to leave the fight intact. Even its Vulnerability can turn into another way to beat down unprepared player characters. The Bulgasari enjoys the honor of being one of Korea’s most popular monsters in the past 600 years. Treat your player characters to a challenge against this manifestation of the people’s indignation. 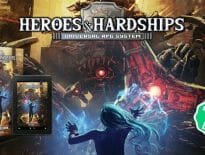 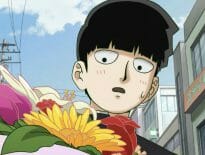 Anime Mob Psycho 100 III is out this week, and here̵…
wpDiscuzComment Author Info
Manage Cookie Consent
We use technologies like cookies to store and/or access device information. We do this to improve browsing experience and to show personalised ads. Consenting to these technologies will allow us to process data such as browsing behaviour or unique IDs on this site. Not consenting or withdrawing consent, may adversely affect certain features and functions.
Manage options Manage services Manage vendors Read more about these purposes
Preferences
{title} {title} {title}
Loading Comments...