If you have Wizards of the Coast’s official Spelljammer: Adventures in Space box set you’ll have a supplement called the Astral Adventures Guide.

And Improved Space Combat & Custom Spelljammers is free to download. At least, version one of the 17-page DMsGuild hosted download is.

There’s no art in version one, but it’s complete in every other respect, and version one suggests a version two is considered at least.

The pitch is straightforward;

Expand your creativity using the simple and easy ship-building mechanic, absent of a million numbers to track, and doesn’t require a calculator every time you move five feet. Or use one of the several premade vessels provided.

While there’s no internal art, there is a cover, and this is not an ashcan Word document either. There’s layout, formatting and styling. It’s an easy document to read, scan and find what you need.

Your ship will receive damage over time as you go through battles and overcome obstacles. To repair this damage, you require 15gp of materials, and 5gp of labor a day. This repairs your vessel at a rate of 1d8 of HP while in a port or 1d4 of HP while in Wild Space or the Astral Sea each day. A single spellcaster, spending the majority of a working day casting the Mending cantrip, will repair at the same rate as a non-magical team of repair personnel. This will eliminate material costs but increase labor costs by 5gp. Onboard weapons are repaired at the same rate, but with only 5gp of materials and 3gp of labor.

In total, the new ship combat has rules on

Then there’s a section on Crafting Custom Spelljammers, which includes;

In addition, there are 5 pages on Premade Ships and then one more on Crew Roles. As it happens, RPG YouTuber and publisher Splinterverse covers Goob’s free 5e tweaking about 24 minutes into last week’s D&D new releases video.

Spelljammer is an old space opera setting for D&D, which recently received the official 5 treatment. In it, the Astral Plane is home to the stars and gateway to the heavens. Spelljammers can hop between Dungeons & Dragons’ multiverse realms using magic. 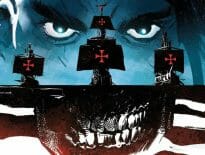 Comics Earthdivers gets a trailer for the release of the … 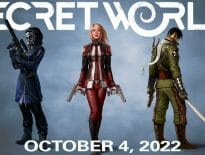