The latest JustWatch data is out, and it puts House of the Dragon top of the UK search lists, a show that’s available on Now+ or Sky, with Rick and Morty second. In the US, it’s Rick and Morty first with The Lord of the Rings: The Rings of Power.

It shows that geeky TV shows still dominate the charts.

One of the quirks of JustWatch is that it’s a search engine, not a streaming platform. People using JustWatch are finding out where a show is so they can watch it.

As a result, Star Trek, which vanished to Paramount+, or Rick and Morty, which is exclusive to E4 (and then on the Channel 4 website), might do a bit better than expected as people actually need to find them.

September’s most searched for TV shows

September’s most searched for movies

Wondering where Channel 4 or Paramount’s streaming platforms are in the market share battle in the UK? JustWatch just lumps them together into “Other”.

Other and Sky are on the decline as well; NowTV+ is heading the same way but with less of a slope. Meanwhile, Apple TV+ is slowly ticking up, and Netflix and Amazon are holding their own.

The winner? As in the States, the streaming platform taking over is Disney+ which has added a further +4% in the month. The House of Mouse is aggressive with its marketing, and partners, such as broadband providers, are keen to hitch a ride.

For example, o2 offers six months of Disney+ on some deals. 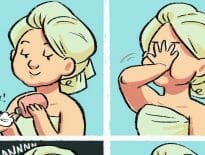