You are here: Home / Movies / Marvel hits us in the feels with a new Black Panther trailer

A two-minute emotional trailer from Marvel takes us back to Wakanda and the world of Black Panther.

When is the movie out? November 11th.

As noted by Marvel, you can get tickets now at Fandango.com. It’s been a while since I’ve seen queues outside the cinema, but this might be the movie to do it.

Show them who we are.”

The trailer also confirms what was already pretty clear; who the new Black Panther is.

Shuri, played by Letitia Wright, dons the iconic superhero costume. Okay, it might be Nakia by Lupita Nyong’o or Okoye by Danai Gurira. After all, the Black Panther suit is worn by a female presenting figure.

The white, speckled design on the suit’s headpiece gives the game away. Those are the identical white face paint markings that Shuri wears during T’Challa’s funeral procession, as shown in the first trailer for the Marvel film.

You can also see the markings on Shuri’s face at the 0:22 mark of the latest teaser.

We also get a better understanding of why Namor and his Tlālōcān people are aiming for the surface world and the threat they pose to Wakanda and the rest of the world.

We also get a glance of Riri Williams’ Iron Man-style superhero outfit, which appears to be more than a passing nod to Tony Stark’s technology. There’s also M’Baku giving a dramatic speech in which he believes killing Namor will lead to “everlasting conflict” between the two nations. 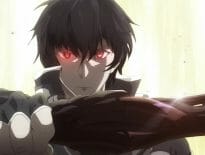 Anime What challenges the all-power? The Misfit of Demon… 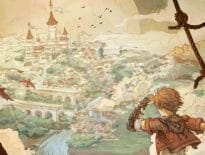