This is Audio EXP for the 29th of February 2020, and the title of this episode is ‘Tales from the Loop and Baldur’s Gate’.

[The following is a transcript of Audio EXP: #33]

Hey, do you think the melting ice caps will expose something dangerous? Something that’s been trapped and lying dormant for thousands of years but which risks waking back up as the ice recedes?

That’s the question we put to Geek Native readers this week, following on from a Captain America competition run last year and at the end of the podcast, I’ll let you know what the first round of answers say.

Geek Native tends to cover a lot of RPG news. Well, I hope the site keeps up with RPG news, anyway. As a result, Audio EXP’s highlights tend to be RPG news heavy.

This week’s headlines are both RPG news connected and not. The Tales from the Loop story that caught my eye isn’t a tabletop roleplaying game. The Baldur’s Gate that’s coming to life in people’s imaginations isn’t a tabletop supplement either.

As it happens, before we had either of those two pieces of news, Ben and the Genre Police discussed reducing or removing the role of the table while roleplaying. The article was about making the best use of the space available. Ben even talked about gaming outside, sitting around in a field. Not a LARP, but roleplaying outside.

The headline “Dropping the ‘TT'” caught people’s attention on Twitter and started a debate as to whether traditional tabletop roleplaying games should use the acronym RPG or TTRPG. Should computer games use CRPG or VGRPG?

If you’ve not seen it yet, you can find it in the transcript of this podcast on the blog.

What it shows is a world that looks exactly like Simon Stalenhag’s art book. This is an art book that must have had an influence on shows like Stranger Things and is, of course, a very successful RPG from Free League Publishing.

I’m not sure what I make of it.

Cute battle bots are hiding behind trees, there are strange floating shapes and lots of hushed conversations. But is there peril or jeopardy? Presumably, there’s something in the script that connects all the gorgeously weird scenes together, but that’s not hinted at terribly well in the trailer.

In the RPG, the peril is toned right down. The heroes are kids, kids on bikes and death isn’t really a threat. It’s not that vibe.

As usual, I’ll try and watch it. I’ve found that by sacrificing sleep, I can do a better job at catching up with shows. Heck, I’ve even found time to watch some Locke & Key and some Swamp Thing, I’m enjoying the latter more.

The other big entertainment title that I’m now pretty sure will get some of my time is Baldur’s Gate III.

The cinematic for it looks incredible. Once again, you can find that video in the podcast’s transcript. The trailer shows a horrible scene with a mind flayer encouraging their little larvae in through the eyes of kidnap victims, to impregnate their brains, and begin to turn them into mind flayers too.

The mind flayer in its floating battleship then sweeps down on Baldur’s Gate – or perhaps a town near Baldur’s Gate – and begins to snatch more people off the street. That’s when a portal opens, and three dragon riders appear, fireballs and talons attacking the mind flayer’s ship to drive it off.

The dragons give chase, the mind flayer crashes, and some of the larvae carrying kidnap victims escape. That, I believe, is where you come in. You’ll be playing one of those characters.

I’ve watched some of the gameplay that was demoed at PAX East last weekend, and while I can see it’s early days, I can also tell it’s very impressive. For example, this is a computer RPG that’s so flexible you can even take your shoe off and throw it at a baddie.

I’ve seen some articles complaining about the use of turns in the game. I disagree, I think turns mean you can enjoy the D&D elements better, thinking about which spell or ability to use tactically and then getting to use them. Without turns, then it becomes about reaction speed, and that’s not D&D.

We’re expecting Baldur’s Gate 3 to be available on early access before the finished game is released. That means, if you can tolerate bugs, you can play it early. Right now, though, the game is only slated for PCs and Google’s Stadia as other consoles aren’t powerful enough to run it.

Let’s stick with entertainment news for a bit. Giant Freaking Robot is a popular geek culture website, one that I should probably subscribe to. They’ve found multiple sources within ViacomCBS who are sure that Captain Pike played by Anson Mount and the Enterprise will be one of the many new Star Trek shows the channel is working on.

There are some complications; Mount isn’t in contract, for example, so nothing has been signed. However, he’s already made it clear that he’s up for playing the ill-fated starship captain again.

Geeky properties still feel as hot as ever. You only have to look at how much Star Wars and Marvel that Disney+ has planned.

Or look at the anime battles. Crunchyroll, which I think is the largest streaming platform with 1,000 titles, announced Crunchyroll Originals this week. That’s eight shows made by partners with their help, or entirely by them.

A day or two later Netflix had their own announcement adding six more anime partners of their own.

Action 2020 is a comic book, not a TV show, but its return is another indication of how strong geek culture is these days.

The original Action 2020 was launched in the UK in 1976 and was considered very gory and graphic for the day. It was so wild that a conservative values warrior called Mary Whitehouse led calls for a boycott. The tactic? To boycott all the publishers’ titles and in the big newsagents who carried comic books at the time.

It worked. Mary Whitehouse and her followers fought back what they saw as permissive liberal values, and the October 1976 issue of Action 2020 was pulped.

You’ll be able to buy a reproduction of that pulped comic book along with the first issue of the newly relaunched Action 2020 if you pre-order it from the Treasury of British Comics or Rebellion’s web stores. Rebellion is better known as the publisher of 2000 AD and Judge Dredd.

There have been interesting RPG news this week, though, so let’s not forget about that.

A story that was developing while I wrote up the RPGs bullet point summary column Routinely Itemised: RPGs issue 37 is another D&D setting leak.

I’ll try and dig into it this weekend. The setting is Mythic Odyssey of Theros, and that would mean it’s another D&D and Magic: The Gathering crossover.

How did it leak? A retail listing on Penguin Random House.

There’s also the news that D&D Beyond has released, in alpha, a combat tracker. Now, it’s bare-bones for now, but I imagine it’ll be popular. It’s an interesting tactical move, though, as if you’ll allow me a bit of speculation it nudges D&D Beyond and Fandom a bit closer to that virtual tabletop space.

So, before we wrap up, let’s return to the chills of the arctic ice. Is there something dangerous up there? That could be a virus or bacteria, or even just gas. I think it’s unlikely to be anything larger than that.

Well, according to Geek Native’s poll, 59% of people are prepared to imagine that there might be something dangerous trapped in the ice. Only 3% don’t think the ice is melting.

Splitting those figures out by non-geek and geek reveals that geeks are far more willing to consider there might be something trapped in the ice; 65% and the number of climate change deniers drops slightly, too, to 2%.

And on that controversy, let’s call it a wrap for this week. Keep safe and be well.

Audio EXP: #33 – Tales from the Loop and Baldur’s Gate 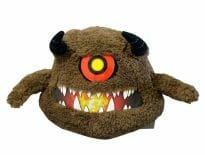 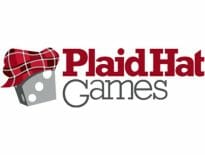