You are here: Home / Geek Stuff / Geeks are more likely to consider danger from the melting ice caps

Do you think something science is yet to encounter might be frozen in Earth’s ice? Do you think it might be dangerous?

Okay, let’s back up and put some context to those claims.

Geek Native ran a competition to give away a copy of Captain America: Dark Designs. The entry mechanic for that competition was to answer two questions; do you consider yourself to be a geek and do you there might be something dangerous in the arctic ice.

If you know your Marvel movies, then you’ll know Captain America was frozen in the ice after his battle against the Nazis and Red Skull, only to be defrosted later and join the Avengers.

In this case, it wasn’t something dangerous in the ice, but a hero to helped save the planet.

The idea of something nasty lurking in the ice is an old and established one in fantasy, sci-fi and horror. Arguably it started with stories like At the Mountains of Madness by Lovecraft and the revisited by Hollywood with projects like John Carpenter’s The Thing.

Oh, and there was even the option to say that you didn’t think the ice was melting. Only a tiny percentage of respondents felt that was the case, which is good because climate change is a real and a global threat.

We can see from these figures that most people are prepared to consider that something might be hidden in the ice.

However, if we break answers into geek and non-geek segments, then two different pictures appear.

The slim majority of non-geeks don’t imagine there is potentially anything dangerous in the Earth’s ice.

Here are the geek figures for contrast.

Do you think something dangerous might be locked in the ice caps?

The Captain America competition is closed, which means that the original survey is closed as well. However, using some embedded Google technology, we can start afresh with a permanent poll.

The questions below (some in-page scrolling may be required if you’re on a small screen) repeat the three options; something dangerous might be in the ice, there’s nothing dangerous in the ice and even ‘I don’t think the ice is melting’.

It takes a little while to update, but the pie chart here gives you a quick visual summary of how the votes are currently stacked. Are you voting with or against the trend? 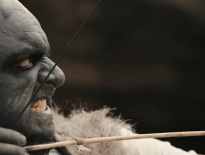 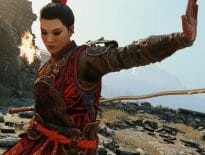 Tabletop & RPGs Single-Player RPGs: What there is to know about so…
wpDiscuzComment Author Info
Loading Comments...