You are here: Home / Books / Comics / Action 2020: The comic book they banned is coming back

If you’re a geek of a certain age in the UK, then you’ll know the name Mary Whitehouse. This conservative championed against social liberalism because she thought it would lead to a permissive society and Action 2020 was one of her victims.

The original comic book was launched in 1976, written and edited by Pat Mills and was full of actions, chaos and riffed off at-the-time pop culture. It was gritty and gory with strips like Hook Jaw, Hellman of Hammer Force, BlackJack, Death Game 1999, Kids Rule OK, Dredger, and Look Out For Lefty.

Press called it the “seven-penny nightmare”, and the crunch point was the 23rd October 1976 issue. Whitehouse and her army of conservative value warriors resulted in influential retailers like WH Smith and John Menzies (newsagents, newsstands, bookseller, etc.) threatening to boycott all the titles owned by IPC. IPC was the comic book’s publisher at the time.

They won, and the October issue was pulped. Action 2020 returned later, much toned down.

Skip forward to last year and Rebellion, Judge Dredd and 2000 AD’s owner, bought IPC’s archive of comics. They created The Treasury of British Comics and announced plans to relaunch some of the titles.

Janus Stark, a character from 130 years ago was the first hero/detective to make a return, but Rebellion has been pretty quick to bring back Action 2020.

Action 2020 is back in the shops in March. There’s a website exclusive too, available either from the Treasury or the 2000 AD store which comes with a reproduction of the pulped October 1976 issue. It comes in a bag because of bags protect young eyes from killer sharks.

Contemporary talents are involved in the relaunch; Garth Ennis (Preacher, The Boys), Ram V (Batman, Paradiso) and Henry Flint (Judge Dredd) among them.

Ennis teams up with Mike Dorey for Hellman of Hammer Force, Staz Johnson and Zina Hutton will give us Dredger, Hell Machine comes to us via Henry Flint and Jake Lynch while the killer shark Hookjaw is brought back to life by Keith Richardson and Dan Lish.

Action 2020: The comic book they banned is coming back 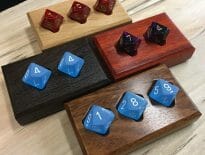 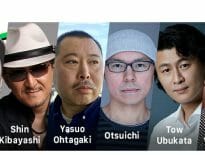