You are here: Home / Games / Tabletop & RPGs / Genre Police: When In Rome… Steal From this column!

For a minute, let’s just stop. We’ve come a long way together. If you have read Genre Police from the very beginning, then when the article after this one comes out, you’ll have read fifty of these things.

I want to take a moment to review what we’ve been doing and show you a way of using that back catalogue of articles in a constructive fashion.

For a couple of years now, I’ve been producing content that helps you understand and ape the feeling and intent of genres so that you can apply them to any RPG you plan to run. And of course, the first way is to simply look at the game you are playing, call up the back catalogue of these articles by clicking on my name above and scrolling back to an article or two that fits – Cosmic Horror for Call Of Cthulhu, Wuxia & Chanbara for Legend Of Five Rings – look at the advice and off you go.

But – and it’s a big but, being something we have not discussed before – setting is not genre. Sometimes, a setting is big enough to encompass many genres. Star Wars, for example, is a Science fiction-fantasy-western-samurai-pulp-war-story. Ouch. Sometimes a setting has ‘mini settings’ that defy the established genres. I’m looking at you Shadowrun. That Cyberpirates supplement was…interesting.

So I’m gonna give you a four-stage process for using the Genre Police articles, your own brain and a few sheets of paper that will help you. And I am going to use an idea for a campaign that isn’t comfortably any genre.

Let’s talk about how annoying Rome is to me.

I know a large amount about Rome. Ever since I was small, the Roman world has held a great deal of fascination for me. But up until now, I have never found a way to talk about it in this column because ‘Rome’ is not a genre. It’s a setting. It’s mic-en-scene, not a set of genre-based conventions. There’s a lot of column like this that I haven’t written because I stuck to a kind of ruleset for myself on what I was going to talk about so these articles were focused.

You can stop laughing now. I’m aware my focus is that of the obsessive dilettante, let’s move on.

So I want to run an RPG set in Rome. I’m particularly interested in telling a story about a group of soldiers who are slowly promoted towards politician status in the last days of the republic as Julius Caesar reshapes the republic into an empire he will never rule. Now there are games that exist that are about Rome – not particularly in this era, but they do exist – but none of them fit the need I have, mostly being concerned about monster hunting legionnaires or alternative magical takes on the setting. Also, imagine that I am poor and cannot afford any of them.

That shouldn’t be too hard, given its basis in truth.

Ok, so step one. Pick a system that looks like it might be a good starting point but might not cover everything. For example, in my game I want a sense of clearly designed promotions, rewards and achievements in a tiered system that is design with the idea of players horizons shifting from wet Gallic skirmishes to military commands during the Roman civil war to high level nation consuming stuff at the high level. I decide that I’m going to use D&D 5e as it has several tier levels and if I use expanded content from something like Strongholds and Followers, I’m likely to be able to adapt the game into kingdom management.

With this I mind, I very briefly note down some problems the system can’t handle. Like I don’t want this to be a situation where the players can stomp all over Rome with magic items, so my reward system is going to have to be different. I also don’t mind a little bit of Roman myth but I’d like to Game of Thrones this – limited magi tied to the setting.

Then I go back through the Genre police articles a pick any number of articles that might be close to expressing the setting. In the case of the Roman setting, I pick Mythic (I want it to feel like the players are larger than life and live in a society we now sort of see as mythic), Grimdark (I also want it to be a bit nasty), Tragedy (We all know how the story ends – not well), Histories (Shakespeare wrote about Caesar after all) and War (For the early stages).

Now I have that, I make a hot drink. This is not important but it gives me time to separate thoughts from what comes next.

I know, my advice to you is to read the articles. What a surprise. But bear with me a minute. Instead of reading the whole article, instead read just the information parts of the article but not the actual play advice. Read it and note three things down:

Once you have completed those question for the article, then dive into the play advice and pick the bits that work from each genre:

For example, each of the genres I pick produces different reactions.

In Mythic I like how the mythic tale is a mirror of society. I really want to portray the characters as emblematic of the choices that lead to chaos slowly eclipsing Roman society and ending the republic era. I choose the Foreshadowing and Everything Has Meaning ideas but leave out anything that talks about the divine and transfiguration – Things will be signposted and have weight in game.

In Grimdark I like the feel of ‘no good’ choices and understand how that could tie into the mythic stuff so I take Hard Consequences, Kill Their Darlings, Just Enough Blood and Minor Victories but at the same time, I don’t want it to be totally horrible, I decide to abandon unfairness and oppression until it comes up – it totally existed in Ancient Rome but I want the players to be able to rise through the ranks so I will have it be a setting feature rather than an overarching theme.

In Tragedy I like the idea of telling an interesting story in defeat – the players’ characters can stand tall even as the empire descends into a war against Marc Anthony but maybe they come away with interesting stories to tell and go on to better things. The advice in tragedy is about the five-act structure, which I decide to use but keep until the final part of the game where they are all in charge of various parts of Rome. I want the early stuff to be about them rising. Once they are at the top, I’ll activate the tragic section.

In Histories I decide I like what Shakespeare did and agree that while I want there to be a message in the game, I could be too heavy-handed. I instead just agree that power can corrupt and keep it in mind. I don’t take any advice from the section here as it’s largely a finish to the Shakespeare stuff.

I look at War as well to remind myself about the need to keep the early stories about one set of comrades – so I can later use the political stuff to tear them apart. I want them to suffer together and form a bond and then test it in an entirely alien environment for these characters. I choose Life Is Cheap But Lives Are Not and resolve to combine this with the Grimdark Kill Their Darlings to show scenes of warfare that really hit home – no one is safe and every loss is one less soldier I decide to enhance this by occasionally having the player play other characters. I can later use them as dramatic deaths with character people knew or keep them alive and examine their relationships as Rome undergoes upheaval, this is Parallel Stories. I realise this already hit the Scale Goes Up as well, so I feel contented that I am pitching in the right direction.

So I have this written on my paper.
Roman Game – Caesar Thing
Concerns: Reward Structure? Too Much Arcane Stuff?
Tenants: Foreshadowing, Everything Has Meaning, Hard Consequences, Kill Their Darlings, Just Enough Blood, Minor Victories, Five-Act Structure [Endgame Only], Life Is Cheap But Lives Are Not, Parallel Stories, Scale Goes Up

I look at this and assess. How have I covered my bases? I have introduced a rewards structure of sorts that I can hang on to. I this game keeping others alive is almost a currency in itself. I make a note to explain this to players, that people are valuable and any kept alive during the early stages will be an asset later on. I choose to focus on this and create a ‘roster list’ of the company that we can add to and chart in detail who is alive. My players will get better at killing stuff without the arcane stuff because they will still be levelling up. But they won’t be swamped in magical items. I plan for victories based on people.

Also reading the list, I get a real sense of the game. I know what it is. I can see what I am going to do differently. And I know why.

Finally, you need to find the places left that aren’t sorted. For example, I haven’t really touched on the fact we have arcane classes, so my ‘arcane stuff’ question needs to considered again. I need to take a look at classes or sit and work out some alternatives. Maybe I’m okay with divine magic because it can be described as ‘maybe’ working and I am just dropping every arcane class apart from divination wizards. Either way, I’m going to need to work on reskinning some stuff. But I have a solid, written guide that took me twenty minutes. I can go back to this a think ‘I have made this decision but does it really have Hard Consequences? Have I ignored the chance for a Minor Victory? The Narrative has rules I will only break when I need to subvert what I am doing.

And now I have my own ‘Rome’ sub-genre set. So have you, if you want just to use what I have written. Honestly, I really hope you try this, my purpose from the start of these articles has been giving you toolkits to work from to create your own stories, and this method is a great way to help you frame an idea for a game or mess with your existing system. I’ve used it a lot. My laptop is full of little obsessive lists for games like this. Send Help.

Next time we hit article 50! Do I have anything special planned? I can’t tell you… I’m under quarantine.

Creative Commons credit: Late Roman by J. Lazarus, On the borders of the Roman Empire by Panaiotis Kruklidis and Belisarius under the walls of Rome by Pavel Simak.

Genre Police: When In Rome… Steal From this column! 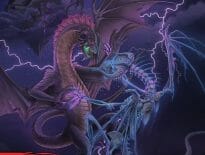 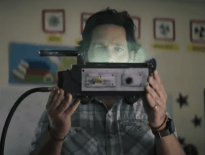