You know which game provided one of the most hilarious and fun moments of roleplaying I’ve ever had? The Game Of Life.

We’d decided to play the game but create a meta-narrative where we were super villains, and I was playing as Doctor Doom. I had already secured the doctor profession and was bombing around in my little car (the doom mobile), with my kids (The Doomlets) and talking in third person when I hit a mid-life crisis card. After shuffling the deck and drawing a whole new life path at random, I pulled the exact same cards as I had before and announced ‘The Mid-Life Crisis bends to the will of DOOM! I am perfect as I am!’. Cue a table full of Marvel nerds corpsing for five minutes. The Game Of Life is arguably the best RPG there is. Honestly.

We sometimes forget that RP comes with a G at the end, that part of its structure and medium is that it is a GAME. I don’t say this to belittle the medium – I believe games are the most important tool for building community and finding middle ground. But often lost in consideration are the game elements. People say things like ‘We played all night and didn’t roll one dice!’ as a celebration of good RPG. The question then could be ‘why did you bother having rules at all?’. I’m being facetious of course, but the point is that it is sometimes seen as a great thing to ‘throw off the shackles of rules’ but in truth, a good set of limitations within a creative space force people to think around them. In high-level performance art and improvisational performance, a large number of creators start with a set of rules and use those for devising something of meaning.

So, you ask, being one step ahead of me, what has this got to do with Genre Police? Well, bear with me. Firstly, we are entering our third year here at Genre Police and given that we’ve already talked about genre in great detail, I intend to start looking at mediums. This makes the column more applicable to everyone running an RP as opposed to those fascinated by one genre. So for now, we’re going to spend a few columns looking at what we can learn from some key board games and see if we can channel what those games are doing into our home systems to make them feel different.

It worked for Dread, after all.

I read a card and swear out loud. My wife grabs it from me and utters under her breath… “oh no..”. We both look at each other. I pick up another of the game’s cards. We look at each other, shaking our heads. As she searches the box for a sticker to apply to the map, I very deliberately tear up the game component and place it in the rubbish, never to be used again.

We are playing Pandemic Legacy, a game that changes forever as you play it. You play only a set number of games always with the same people, which leads to the evolution of a storyline about people trying to keep the world safe from mutating disease outbreak. During the game, you discover new components that are locked away in sealed boxes, destroy gaming components and update the world map depending on how you do during play. In play, it feels like a somewhere between an RPG, playing a board game and watching a Netflix series. There’s a lot going on here to dissect and use but for now, we’re going to focus on two ideas the game uses.

Tangibility Of Progress
Applying stickers, tearing up cards and popping open boxes is exciting. The components included that modify the game world forever. In the narrative of roleplaying games, the characters are constantly moving stuff around, changing the world or turning back some evil plot, but for the layers, there’s no tangible element to this. Maybe our character sheet occasionally has new things to write on but the progress and change we have wrought on the game world largely functions in the narrative.

In games that do chart this progress, the player easily sees the effect of everyday accomplishments they have achieved. Fria Largen (or Free League) games are a good example of this: In Mutant: Year Zero your community has its own stat sheet and in Forbidden Lands, the players have a map they can update. It makes the players invest in something when they have a tangible, solid thing they can modify. It is an act of creation. Sometimes, because of the prevalence of theatre of the mind, it becomes very easy to forget the physical rewards. We’re busy crafting a great story, maybe we should look again at our components. Here are some ideas.

Mini-Games
One of the things Pandemic Legacy gets you to do a lot is performing some other kind of mission alongside your standard set of goals. These missions tend to advance the plot and doing them usually involves a mini-game of some kind, be it spending needed resources to advance tracks, moving to various locations on the board or affecting the established structures of the board in new ways, it offers a variety of experiences.

We can port this wholesale into RPGs. As long as it interacts and doesn’t overwhelm the normal rules. The dinosaur racing in Tomb Of Annihilation is a really great example: it uses an existing skillset – animal handling- meaning players who have invested the time and energy into them feel rewarded. It also is placed within a relatively slower-paced part of the mission, meaning players aren’t having to stop and learn a new set of rules in the middle of something already very exciting and challenging, like a combat. That’s really important to maintaining flow.

Or you can take the spirit of the mini-game engine in Pandemic: it’s there to make the standard scenario more taxing. Maybe your players have fought a dragon before but have they fought a dragon while they also struggle to deconstruct an out of control automaton they happen to be riding? You can up the ante of a combat if you include an additional task to complete, especially if you’ve introduced a mechanic beforehand in a relaxed scenario. For example, if later on in Tomb Of Annihilation the dinosaur racing mechanic was used to flee undead dinosaurs across a lava flow, that could have been a good secondary use of a mechanic everyone is now familiar with.

That’s all we have time, for now, an epidemic has just broken out in Khartoum. Bring your dice next time where we have a look at some other games you might have on your shelf and see what they bring to the table – literally and figuratively. 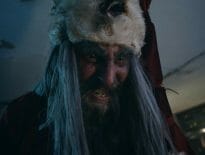 Geek Stuff This is what happens when the British public direc… 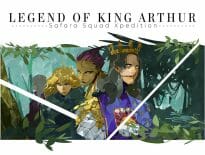