Welcome to Genre Police, a new series of articles where taking a look at a genre or sub-genre, how it has been handled in gaming and how we can implement that in our games.

Each column, I plan to give a small toolset so that if you feel like adding a genre style or feel into your game, you can. I am going to start out with something we see a lot of in cultural tales but not always in RPGs – Myth.

Is That Even A Genre?

Well…maybe. I picked Myth to begin with to show that for the purposes of this column – and our games – we can gain a lot by breaking down very specific forms of story and modelling the best bits. When we say ‘Mythic Fantasy’ we understand it to be different to baseline fantasy and we understand that is has an identifiable series of tropes and standards that that go with it.

So what is Myth? Well, it’s two things really. The standard, basic definition of Myth is just ‘an exaggerated story that didn’t happen’. It doesn’t leave us with much to play with. However, when we break down Mythic tales (Greek Legends, Norse Fables, Even Lovecraft’s Mythos) we can see that Myths are ostensibly about something. They become an Aristotelian mirror, a way for a society or culture to examine itself safely. Characters and places representing different ideals bigger than themselves. Each story is a kind of morality tale or confirmation of the values a group live by.

A few RPG’s really deal with the Mythic and while some are exactly what you expect, others you might not have thought about. Here’s a few examples.

Hellas: Greeks…IN SPACE! Hellas is a great mix of classic Greek Mythology and Star Wars. It is intended for long style play, with people playing their own characters ancestors over a long time, suffering long standing debts for deeds begun by their forebears. The game wants you to go big and epic over a long period of time and provides the backdrop to do so.

Buffy RPG: Buffy is very Mythic. Often the protagonists battle monsters that are representative of societal ills or problems and each of them becomes a vocal reflection of a certain viewpoint on the issue. The RPG makes it clear that this is the intended path, providing advice about how to plot an adventure with the larger metaphor in mind, something worth reading for any Gamesmaster wanting their story to aim for something deeper than ‘punch monsters’.

Original World Of Darkness: These games make the list because they are ‘about something’. Werewolf asks if humanity is the worst thing to happen to the planet, Vampire ponders what makes us human, Mage questions the nature of reality, Wraith contemplates what we are prepared to do to find meaning and Changeling mourns the loss of innocence as we grow. The world of darkness books, played correctly, can be moving tales that make players question who they are. Handled badly, lots of navel gazing.

Here’s some ideas we can steal from the mythic genre in order to make our games vaster and more epic.

Foreshadowing & The Circular Tale: Often the end of the tale clear from the beginning, mythic heroes actions early on will dictate later success or failure. Omens and Prophecies foretell the challenges ahead. To implement this, the GM needs to be a few more steps ahead with the tale to drop thematic hints. A fortune teller is a great standard for an RPG but can often lead to GM’s tying themselves in knots. Remember that you don’t have to go with your original plan – if you can make a new story fit the prophecy, players won’t know. Another way is to thematically echo things early on, for example a player comes a cross a dubious company early on. They are then related to every wrongdoing but not connected enough. Soon when the players hear the company name, they know something is wrong before they unveil the mystery – you’ve added something resonant and mythic.

Everything Has Meaning: In Myth, every decision made is important, every conversation is going somewhere. Have your NPCs use symbology when they talk, allowing the players to read the surface and deeper conversation about moral choices. When you present these choices to a group make sure each decision has a weight going forward for the game and is irreversible. The players are centre stage for a reason – they can affect the world they live in ways NPCs aren’t free to do. The players should occasionally be the architects of their downfall. Go back after a session and write down up to three things the players have changed forever. Make sure you highlight them in the next session.

The Divine is Present: Divine figures of vast power are front and centre in a Mythic game and it is up to mortals to deal with this divine meddling. Characters should be able to interact with, and possibly outwit, a higher and deadly power – be that aliens, gods or great old ones. This ‘Real Human Vs Ideology Personified’ battle is the heart of heroic myths.

Individual Monsters: THE Minotaur, THE Hydra, THE Kraken. In myth these were one of a kind creatures. It’s a small trick but can really add to the Mythic feeling if a creature is individual and has a ‘THE’ in front of it’s name. Defeating a Minotaur isn’t epic. But defeating ‘The Minotaur’ could be. You are removing the one existing threat of this kind from the board and that is the thing myths are made of.

Transfiguration as Didactic Metaphor: In Myth, people change into things a lot. Gods becomes the sky, Seamstress are changed into a spiders, killed prophets become spirit. It can be the cost of weakness or reward after an unfair death. These transformations teach us about the values of the society in which the myth was written. While hard to implement in many RPGs (“Hi, our party is a Fighter, a Goose, a Wizard and a River”) it can still be used on NPCs who are representative of an ideal within the world. It’s also a great tool for the last session of an RPG. Players will always remember the moment their perfectly moral hero died and came back as a Phoenix.

Maybe not a Pheonix. That one is overdone.

Images via Cedric Cunanan, released under Creative Common, Stand off Rock and Blinded by Light. 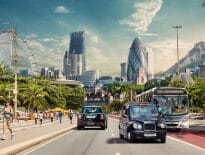 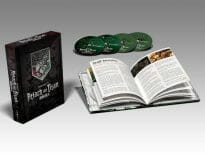