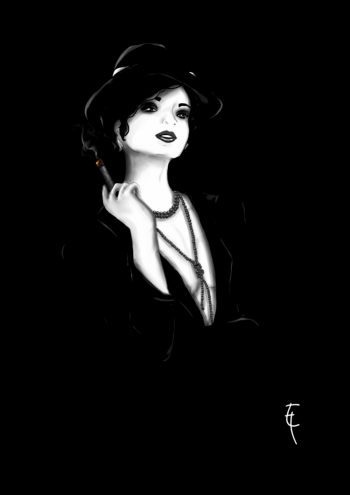 I know you’ve put the trenchcoat away since we did Gothpunk but it’s time to get it out again. Put it back on, find a hat and pour yourself some bourbon straight from the bottle. There’s a mystery to be solved and we’re gonna have to crack some writer’s knuckles to do it – let’s discuss Noir.

You know what Noir is, right? Detectives going against gangsters and murderers in hopeless black and white urban cityscapes, eventually with tragic consequences, correct? But what about those starring housewives set in rural country? Or how about the fact that in some critic’s eyes, Sin City doesn’t ‘really count’? Not to mention the rise of ‘Neo-Noir’ during the Seventies that continues to this day. Is Dirty Harry a Noir film, really? Brick? Ghost In The Shell? We’re gonna need a real detective at this rate.

Noir’s origins are a strange mix of things. It became a ‘style’ of sorts when it was given its name by a film critic trying to define a type of artistic mode within film but its roots go back to to the ‘Hardboiled’ genre which was largely about detective stories and two-fisted action. But when film-makers inspired by German expressionism fused those sensibilities with the pulp detective, it created something darker. They invited us into a world like our own but totally without hope, lit with dark angles and full of run down and immoral characters.

And in a post-war environment, America ate it up. It was like Noir opened a floodgate to discuss dark things that had been lurking at the heart of America. Here was a genre that used its unreal presentation to display real truths about society. And for a time, it worked. The popular vote went to the Westerns and America, at least for a little while, decided to sweep everything under the carpet of patriotism.

It Coulda’ Been A Contender, I Guess.

But when does Noir become a genre? I’d argue it didn’t really until it was revived. When, during the early Sixties, The Manchurian Candidate took Noir stylings and threw them into a tale of cold war subterfuge, the genre became relevant again. Soon after, the original Fugitive television series arrived and the genre began to investigate a new era, snowballing through the Seventies and Eighties, fathering sub-genres both massive (Cyberpunk, Scandi Noir) and more niche (Blaxplotation, Gothpunk) as it went. In a new cynical age, the genre had found its feet.

Since the over-saturation of The Matrix & Sin City franchises, the genre has slowly faded back to the dark, becoming once more recognised largely as ‘gangster tragedy’ when in fact it has so much more to offer.

The Noir genre isn’t as pervasive an RPG genre as we’d expect it to be, at least in its pure form. Here are a few of the best known dark streets.

Deadlands Noir: Released years after the original Deadlands boom, the return to the setting but trading cowboys for gangsters appealed to a lot of people. Mashing horror tropes into the noir field makes the darker elements embrace the true pitch black heart of Noir.

Gumshoe [Fear Itself, Trail Of Cthulhu, Bubblegumshoe, Night’s Black Agents]: Gumshoe is a system designed to replicate the feel of a mystery story and does some very interesting things to with how an adventure progresses, being more about knowing when to use a skill rather than what you rolled, it can really change how you view a game. The system has been welded to several settings including Fear Itself [Horror], Trail of Cthulhu [investigative mythos adventures], Bubblegumshoe [Teen investigators like Veronica Mars or Riverdale] or Night’s Black Agents [Vampire, Spies and Vampire Spies]. If you want to really a system to add to the genre, this is a great pick.

Hellywood: A dark shadow has come to Heaven Harbour….A Noir city that is slowly falling into literal hell, lived in by a number of demonic races, Heaven Harbour is a place of horror, desperation and those who would risk it all just to live another day. The system itself is based on Craps – where on a bad roll, even an expert can run out of luck. After years of being played in French, Hellywood has just been kickstarted to an English translation, which means even more souls can be damned…

If you want to feel like the game is slipping into the dark streets of noir, let a few of these ideas walk into your office and make offers you can’t refuse.

Nobody Is Pure
Make sure that most people are fallen and corrupt. Even people who try to be heroes can’t succeed due to a failing in their past. That beloved neighbourhood priest? Give him a shady past he fled to join the church. The Police Chief is secretly a coward who acts to protect himself. Most NPC’s should have a character flaw that means they let the heroes down eventually. The only exception to this is people who might seem a little dirty to begin with – they tend to have hearts of gold. Unfortunately, they often couple this with a rigid moral code that will get them killed. Because in this world, those who survive must embrace a flexible approach to the idea of ‘good’.

Small Crime, Big Conspiracy
This is a classic RPG set up anyway but in Noir you have to play it this way. Let a smaller crime like a robbery or single murder lead the players into a storyline than is far more wide-reaching and corrupt. Think about how the heroes can stumble across that one thing that means there is no turning back. Making the choice to be curious will eventually spell their downfall – a trope important to the genre.

It’s all Going to Hell
One of the big statements of Noir is that the centre cannot hold. It was a reaction to the idea that America’s darkness would leak into the light eventually and bring everything crashing down. This is a great element to carry into any genre, be it an eighties high school packed with secrets, a fantasy kingdom only just holding it together or a pre-depression America. Make it clear the societal divisions and immortality present mean that one day soon it all going to crashing down. Have NPC’s voice this concern. Have doomsday prophets wander the streets. Show the upper classes ignoring problems that eventually spell their downfall. No character’s story ends in a hopeful manner. If the setting allows, let the infernal into the game. Devil’s bargains with an actual devil are far more fun.

Not-so-inner-monologue
Try letting the players take turns narrating the start of a session from the inner monologue of their characters. Tell them to pretend they are beginning the session as if explaining it as the first chapter of a book to a new reader. Do the first one yourself. It didn’t happen in the genre as much as people thought it did but it’s a really useful tool for making people feel invested. Also include a series of flashback scenes either as cutaways or where the layers take on the roles of people in PC’s past and play them out. This give a real feeling of jumping into the inner monologue.

Lighting
If you can, mess with the lighting in the place you are playing. Play in the least electric light you can but don’t go to candles. Try to wash out the place with one blazing light to create a variety of shadows.

I hope that helps you navigate the Noir underworld. Next up we stay in a similar era but more escapism, when we investigate a genre that has kind of absolutely changed meaning when we look. 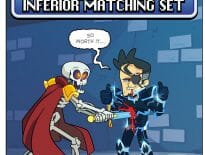 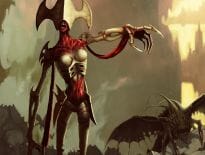