ElderBrain.com are a group of D&D enthusiasts who have contributed nearly a dozen titles to the DM’s Guild. The group’s latest project is just out and is their first attempt at a full module.

Year of Rogue Dragons is a Forgotten Realms module that’s set in 1373 DR during the Dracorage. In a twist; it’s designed for evil dragon characters.

The first chapter introduces the life of wyrmling dragons experiencing the Dracorage and the wastes of Thar. It’s a game of fighting, feasting and scheming like a dragon and so the book provides some apparently random encounters.

In the next chapter, Elder Brain explores the factions that exist among the plotting dragons and the quests that those reveal to the PCs and how that’ll take them on to one grand finale.

Chapter three, therefore, is that finale with the player characters trying to deal with multiple threats.

The original The Year of Rogue Dragons was a Forgotten Realms novel by Richard Lee Byers and, interestingly enough, Byers recommends the new module.

It’s a detailed download ($14.99), with 99-pages and 9-full colour maps. There’s even a Fantasy Grounds module as an alternative option.

You can see one of the maps below (beware spoilers if you think you might play).

Appropriately enough, Elder Brain has just opened their Discord server for Year of Rogue Dragons which you can access here. 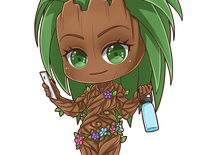 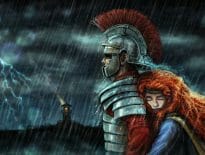