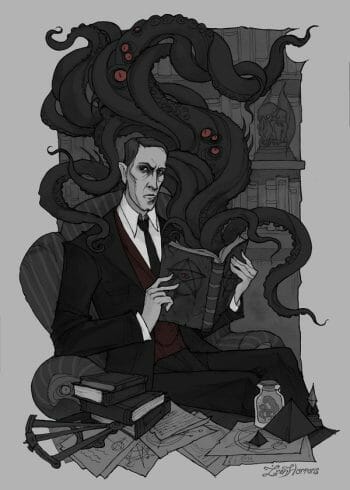 Yes. You Guessed it. It’s the Obligatory Cthulhu Column. Or ‘Cosmic Horror’ if you will. The genre owes a great deal to Lovecraft’s original creations, so much so that discussing the genre is essentially a dissection of mythos works. So this column is going to be a little more focused than usual. Something faceless owns the dark and we are unprepared for it. Roll out the madness tables and join us.

A small disclaimer before we go any further – History passing shows Lovecraft in a pretty damnable light. He was arguably a racist xenophobe and much of his work paints people who don’t resemble him as the horrifying other. I’m not going to discuss it further in the column. We are studying the style, not the man. That said, I mention here because I don’t want to sweep it under the carpet.

Reanimator IIX: A Sequel Too Far

Cthulhu is everywhere these days. It’s hard for him to be scary when he’s a bumper sticker. And with modern weaponry? Forget about it. He’d be a nuclear pile pretty damn quickly.

These are opinions expressed by people. Those people are wrong. I’m going to get a little purist high horse here. I am of the belief that a lot of people don’t ‘get’ how to run a mythos game. It becomes a race to be weird or just a new set of monsters to punch. This stuff has it’ place. There are some great games that are almost ‘pulp tales’. But are those game in the genre? It’s a difficult question to answer.

With a genre that focuses on the style of a few writers, it’s important to remember the original intent. Part of the reason Cthulhu has lost his influence is that the message has been diluted, the format has changed. To return it to what made this ‘horror’ in the first place we must touch base with the original material.

For me, the central component of cosmic horror is the lack of hope. While most horror games off the chance for survival, it’s clear in cosmic horror that you may have won the battle but you’ve just stopped things going bad for now. Eventually, the other side will win the war. Humanity will be swept aside like someone putting away a board game. They are better than us, stronger, cleverer and vastly more alien. This universe doesn’t hate us, it just doesn’t count us as a thing that matters.

You have to remember Lovecraft is writing in the early 1900’s. In his lifetime he saw great entites clash in a way that claimed thousands of lives – it was called The Great War. The climate preceeding this must have influenced his tales. The superpowers that don’t care for the little man, don’t even notice his death. Lovecraft’s own inability to go to war infuriated him too, another element of powerlessness.

I’ve picked the games that do cosmic horror well. Also, a honourable mention to the Hellboy universe. Anyone who is still reading it knows it’s an amazing tale of a doomed world. While there is a RPG book, it was released so early into the comics’ run, most of it no longer resembles any of the landscape of the universe currently.

Call Of Cthulhu: Fairly obviously, Call of Cthulhu is in here. Pick this up, read it cover to cover and throw it at a group who have only played D&D. You’ll get a feeling for the impact it had when it first arrived. This is the granddaddy of all things Lovecraft and is at least partially responsible for his resurgence.

Eclipse Phase: Swap Earth for space, turn the Eldritch Horrors into AI and you pretty much have basis for Eclipse Phase’s Horror show. If you want to do Cthulhu-style themes but your players know to much about the mythos, this is a really good place to shake them up.

Trail Of Cthulhu: This game is on the list because its investigation mechanics are a shot in the arm to games that rely on mystery. Removing the moment where clever players fail to progress because of bad search checks, it allows you concentrate on building a tale that is unfair in other places.

The Key And The Gate

What follows are techniques that combined with the horror ideas, help to bring a game towards what I consider to be a purist vision of Lovecraft’s writing intent.

Short Tales Of Terror
Rather than construct a grand narrative, instead build a series of contained stories that could be linked together, even if all the protagonists die or go mad. Lovecraft’s work was not an ongoing fantasy epic. It was a series of terrifying tales that if you looked hard enough you could see the links. Beyond a few exceptions (Randolph Carter being the most prominent) characters didn’t return. Tell smaller, personal, tales of horror if you can.

This allows you to go all out on each adventure and hold nothing back. Speed up the insanity rolls watch as the whole thing spirals out of control. Tell a complete tale of terror, then pick up with the survivors of that horror at a later date.

Pace the insanity
Make sure each adventure starts relatively normal, then control the flow. Starting low-key makes players think of that as the scale, meaning that when you ramp up the threat and insanity, it feels unmanageable and undefeatable.

No Explanations
While you need to know what’s happening, the players don’t necessarily ever have to figure it out. Alien motives and unknowable foes upset our understanding of how the universe works. While the players can figure out ‘what is going on’, no one in cosmic horror should be an understandable villain. It humanises them and undermines the tone.

Invert the familiar
In a modern group, some of that ‘Cthulhu is everywhere’ attitude is unavoidable. Use it. Perhaps he’s everywhere in media because the media is owned by Nylarthotep? Maybe a bumper sticker is the first road to a life ruining insanity? Find the everyday, then pervert it just slightly. Maybe they want you to launch nukes. Maybe that’ll wake Azathoth or at the very least kill the civilian population. Can you make that choice and stay sane?

Human Tragedy/People are nothing
It’s important to remember that to the enemy, people are just so much foodstuff. The tale here is about how large, powerful entities crush the dream and hopes of smaller people and move on. Never hesitate to show the human cost of the enemies indifference. Ruin the lives of NPC’s, use madness to make the PC’s unreliable to those around them, have society reject them if they both to fight back. Have most of the enemies not even know or care who the players are. While the cult leader might be a recurring foe of the good guys, any meeting with the Black Goat herself should leave the players feeling insignificant. 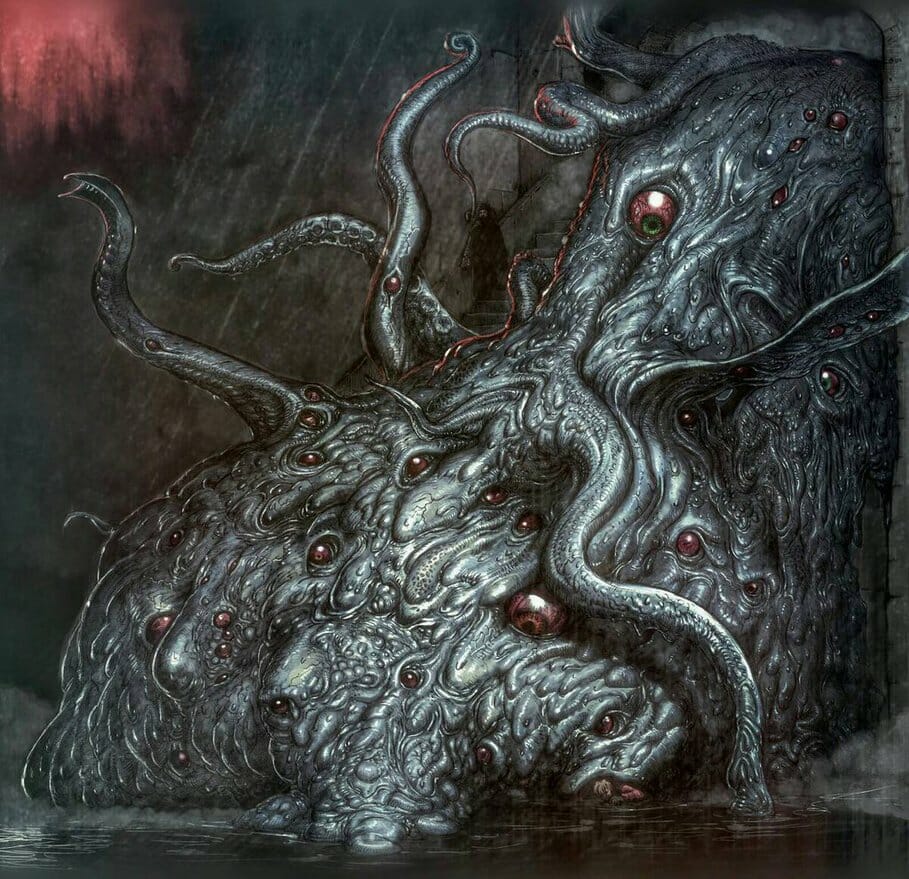 That’s the end for our walk through the graveyard of horror genres. Next time we’ll pick up with something a little bit more cheery as we head West. 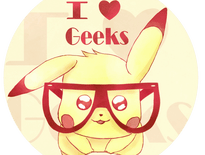 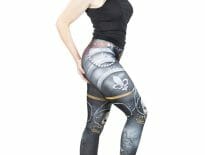