You are here: Home / Games / Tabletop & RPGs / Genre Police: Once More Unto The Breach

A tired king rallies his followers for one more push; a bitter manipulator takes power through murder and vice; an opportunistic knight plies his trade while his once diminutive scoundrel of a follower ascends to royalty.

We’re going to wrap our look at ‘The Shakespearean RPG Journey’ through our final section – The Histories. It’s not as boring as all those English teachers made it seem – but be careful, even I might end up using the term ‘Henriad’.

Most of the time the histories are the ‘forgotten’ classification of the Shakespeare plays because most of them fit into a ‘tragedy’ or ‘comedy’ mould. Combined with the fact that a lot of Shakespeare’s non-histories also feature historical characters such as MacBeth or Cleopatra, it can get quite confusing. This can lead to them getting lost in the shuffle. Which is a real shame because they are so much more than simple accounts of history. To see why, we’re going to look at both sets of tetralogies called the Henriad.

Set The Murderous Machievel To School

If you don’t know, Shakespeare’s first and second Henriad (and some of his other works) function as a multi-play tale, accounting both the history of the English war of the roses and the rise of Henry V. Let’s Just take a moment to acknowledge the fact that in Shakespeare’s day, assembling such a work of history would require a level of historical knowledge and intellect far above the common man, let alone the ability to assemble it into an series of exciting narratives featuring a cast of characters that would make George RR Martin panic.

But you have to remember that Shakespeare was writing in a certain time for a certain audience. For his audience, this may have actually been the closest to a history lesson some of them gained, so what he said mattered and his influence on how the narrative of historical events were portrayed was important. In short, his plays could literally shape peoples view of historical events involving the monarchy. Unsurprisingly then, the monarchy at the time were more than interested in the content of Will’s works.

Which, considering what Shakespeare did with some of these plays, makes him a pretty brave man. On the surface, the plays appear to go along with Tudor propaganda, painting the deposed family of York as horrid people but dig a little deeper and you’ll see that Shakespeare is critiquing the whole establishment – this is a tear-down of Tudor politicking and Machiavellian scheming disguised in the nostalgic coat of medieval England. This allowed him to sidestep the ban on plays touching on matters of divinity or state. But how did he get away with this? Why was he not arrested?

Well, the simple truth is he refused to take sides. His characters didn’t become vocal proponents of one side or another but instead espoused values that would be true to their character. He took the time to show the effects infighting had on the English nation but seemingly refused to place blame on one side. Whatever his actual political views he instead presented a portrait from which others could judge. By not taking sides over smaller contemporary issues, he allows the bigger picture (and bigger problem) to be exposed. As his plays progress throughout his life, he changes the view. He starts by suggesting that rebellion against monarchy is only undertakable by madmen, then slowly understands the rebels in his fiction but cannot side with them, until finally, he begins to espouse the killing of a tyrannical ruler (although by then, he’d moved away from English history in order to further shadow his point). By the time we get to the end, we begin to understand the zeitgeist collapsing the Tudor society at the time that continued to heighten. Seven years after Shakespeare’s death, a printed folio was released. Nine years after that it was re-printed due to popular demand. A decade later, the country was in the grip of civil war.

I like to think he would have been fine with that.

So, what has this got to do with RPGs? Well, I think we can take away a few things from The Bard here to do with what we do when we set out to make a Roleplaying game, especially one with a real world or historical bent. There’s a temptation, especially in indie and alternative circles to make our game ‘about’ something. To give it an overarching theme. Vampire is about the slow slide into inhumanity that is created by the grind of the modern world. Burning Wheel is about the length people will go to to accomplish their goals. Sometimes with the right group even D&D can be about the tyranny of power. There’s nothing wrong with this. In theory.

The problem arises when we as GM’s begin to think about putting out own stamp on a game. We can easily fall into the trap of taking about an issue only from our standpoint. If an issue comes up in an RPG we as the GM have ultimate control over the karmic fallout of any action. Therefore it is easy to set up a moral imperative and then punish players who step outside of our worldview.

For example, in Vampire you have a player who wants to explore alternate moralities and wants to play a weirder clan. You spend the entire game painting them as the outsider and making things difficult for them, labelling them a ‘freak’ amongst 90 per cent of the NPCs.

To take a more simple example, if you will. Players are presented with a group of troublesome encounter that you’ve spent ages making and designing, imaging the coolest combat situations. They instead plan to build a treaty with the goblins and create peace in the region. You have the goblins respond with violence and torch a nearby village.

These are small examples of us pushing our agenda and it’s easy to become this person, particularly if a player creates a character with differing priorities or morality to you. You can feel like ‘what the campaign is about’ is under threat, particularly if you specifically told the players what the campaign is about before these choice were made.

But the truth is, you are like Shakespeare. You don’t have to have all the NPC suddenly spout your rhetoric. You don’t have to put your foot down. You have to look at the bigger picture here. That no one ever won an argument in a meaningful way by yelling and you’re job here is to keep the game running, not serve an agenda. When the players decide to go to a different city to the one you planned all the action in, take a breath and think of something new. If your players are playing in good faith, you keep your long goal in mind and your intent clear, the campaign will eventually return to what you wanted it to be. They will be moved because they were listened to an involved in the process.

Next time on Genre police we get back to our standard set up for a while when I give some gaming advice on running alternate histories and historical games. I might even talk about that time Martin Luther king fought an Mecha-Spider. So business as usual then.

Genre Police: Once More Unto The Breach 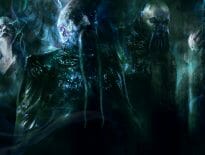 Interviews The alien races of Grimmerspace: An interview with… 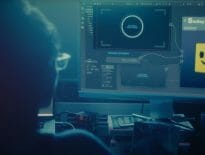