The original Audio EXP was a short-lived column on the site that looked at audiobooks and gaming sound effects. This Audio EXP is a brief podcast summary of what happened on Geek Native this week. That’s right, the column has done a pivot.

San Diego Comic-Con is on right now, and so we tend to get a look at forthcoming geeky shows. We’ve already had trailers for Netflix’s The Witcher, The Dark Crystal: Age of Resistance and HBO’s His Dark Materials. I think they’re all worth a watch.

It’s not all TV shows, though. Funko, the company responsible for filling up shelves with adorable and stylised little models has rebranded Forrest-Pruzan Creative. This is a games company they bought at the start of the year, and it is now called Funko Games. They’ve just announced a series of geek culture collectable board games which include DC and Harry Potter versions.

We are also getting close to Gen Con. We’re approaching the final hours of ENnies voting. As usual, it’s a fierce competition with lots of great talent and some amazing products. It’s hard for indie blogs like Geek Native to offer extra value to readers for events like this.

The ENnies are dominated by EN World, as you would expect, but on Geek Native you will find two interactive widgets. One lets you see which publishers have the most nominations. At the head of the pack, there are; Monte Cook Games, Free League Publishing, Chaosium and a publisher called Tuesday Knight Game which, I admit, I don’t know too much about. I had better remedy that.

While we’re talking about introducing gaming companies to people, let’s talk about the RPG Publisher Spotlight. This is a new feature on Geek Native which launched this week.

Rite Publishing was picked by patrons as the company we look at first, and it seems like a worthy choice. They are still active in the community, still publishing supplements for Pathfinder, Fate, Dungeon World and others and their Pathways ezine after the untimely death of their found Steven D. Russell a few years back.

There’s a $10 DriveThruRPG voucher up for grabs for one lucky person who checks out Rite Publishing. Details on the site.

It is a good time to have DriveThruRPG spending money too. The shop’s biggest sale – Christmas in July – is on. There are nearly 60,000 products with 25% off. I did some maths to work out the average price of an RPG PDF and calculated the sale is worth over $100, 000. Heck, there’s even one RPG with a saving of nearly $2500! That’s right, if you really wanted, you can now buy the George’s Children, GMZero RPG for a mere $7,500.

If $7,500 is out of your league then perhaps your cash is best reserved for the forthcoming new Lord of the Rings RPG. This game, from Cubicle 7, is the second edition The One Ring RPG which now, finally, gets to use the phrase ‘Lord of the Rings’. Cubicle 7 are working to find that balance between compatibility and new. They want people to still be able to use The One Ring RPG, but they would also like people to buy the new game too.

I imagine Cubicle 7 had other good news this week. The guy who made The Man in the High Castle TV show, the Amazon alternative-history in which Japan and Nazi Germany conquered America, announced a partnership with Games Workshop.

There’s going to be a Warhammer 40K TV series although I’ve not seen mention of a TV channel or streaming platform. I imagine they’ll get bidders.

The show will be based on Dan Abnett’s Eisenhorn series. I think that’s available at Audible, and I’ll have to go check that out as I’m now very tempted to give it a listen. Eisenhorn is an inquisitor, and the grimdark future of 40K has a future fascist humanity in a battle to ward off destruction in space.

Another title I’m certainly going to check out is Studio Agate’s Fateforge. This is the French publisher who made the dark fantasy RPG Shadows of Esteren. Fateforge is a 5th edition setting, and the Kickstarter is finishing now. They have put a lot of free material on DriveThruRPG, and it all looks really good. The Spellcaster’s Guide went live this week and its dozens of pages of free 5e magic content.

If 5e is not your thing, then Onyx Path’s Scion might tempt you. This is a game in which you discover you could be a god. Geek Native interviewed games developer Danielle Lauzon about the forthcoming Scion: Dragon. That’s right, in this version you discover you are a dragon. At least, that’s how it could work out. The game is in early draft and subject to change, but I appreciated the chance to ask about the Complication rules for the Storypath system as I could not get my head around them. I get it now.

If being a dragon in a roleplaying game sounds both interesting and weird then you might like the Genre Police published this week. This is a column from Ben Jackson-Ellery that takes genres one at a time and looks at roleplaying through their lens. Which games fit the genre? What tips and tropes should GMs consider? That sort of thing. This week he looked at surreal ways to generate ideas.

We’ve got time for a quick crowdfunding section. Did you know Hasbro has their own crowdfunding site? The same Hasbro who own Wizards of the Coast. Right now they’re asking 8,000 people to pay $600 for a giant Transformer. It’s Unicron, the world-eater.

There’s also a 5e campaign setting called The Book of All’Terra in which mech-like giant golems ride into battle against Titans. It’s an ambitious project but worth checking out.

Lastly, before I go, I wanted to end with my sympathies for Kyoto Animation. They’ve lost so many very talented people in a horrible arson attack from what looks like to be a man tormented with mental illness. Kyoto Animation would hire their animators, taking them on as full-time staff, not as freelancers and that was thoughtful and unusual. If you get the chance to watch Silent Voice or Violet Evergarden, please take it.

Thank you for listening. You can also keep track of Geek Native through Telegram, the daily email digest and get to vote for the next RPG Publisher Spot by becoming a patron. This month’s offer is a set of free dice for all patron supporters.

And that’s it for The Pivot.

A brief look at some of the stories and topics on Geek Native this week. We talk about tabletop RPGs and board games. There’s Gen Con, SDCC, a new Lord of the Rings game and a Warhammer 40K TV show. 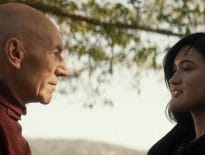 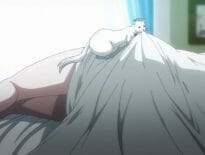