Studio Agate are the French RPG publishers behind Shadows of Esteren, and they’re now working on a D&D 5e setting called Fateforge.

The books will be ready to go by Gen Con, which is a rapid turn around, and the campaign has currently taken in more than $90,000 of the $15,000 they asked for. Studio Agate has been confident enough in their own setting and reputation to push ahead and make Fateforge, leaving the Kickstarter to the end, and fans have also been sufficiently sure of the publisher to pledge in their thousands.

It’s the final days, though, with less than 60 hours left to become a backer.

Stretch goals are being met.

Thanks to the stretch goals Fateforge – Spellcaster’s Guide is now free to download at DrivethruRPG. That’s a 62-page book of magic for D&D 5e and, of course, the new Fateforge world.

It contains the Schools of Magic available in the world of Eana, whether they’re legal or not.

Rules for Geomagic. In Eana, magic is changeable, and some geographical areas affect the abilities of spellcasters.

There are new D&D spells in the Spell Compendium along with a look at the modular system that will let you fine-tune the inner workings of magic for your campaign.

I asked Studio Agate is this was “free forever” and was reassured that was the case. The Spellcasters is free thanks to a stretch goal hitting the target but it’s also a preview of what people will find inside the more significant Grimorire book.

Have you taken the plunge and backed Fateforge? 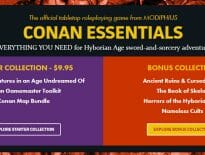 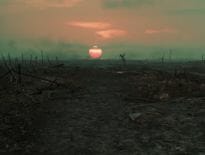 Movies Kingsman prequel: The King’s Man trailer out…
wpDiscuzComment Author Info
Manage Cookie Consent
This site uses cookies 🍪, and links are ads that may earn bloggers some money 💰, and with this alert, I very much hope that these dark truths 🧌 are acknowledged.
Manage options Manage services Manage vendors Read more about these purposes
Preferences
{title} {title} {title}
Loading Comments...