This new spotlight feature is designed to shine a little illumination on indie publishers. Publishers are picked by Geek Native’s patrons, shares a little about the company’s prominent staff and history.

There’s $10 at DriveThruRPG to be won, for one lucky winner, just be checking out Rite Publishing’s titles.

Rite Publishing was founded by Steven D. Russell (“Qwillion”) who tragically died in a car accident in 2016. The company he created lives on with Miranda Russell as the CEO.

Also in the core team, there is Stephen Rowe, the project manager and lead developer and LJ Stephens, the art director and assistant editor on Pathways. They’re based in Dayton, Ohio.

Together they have produced more than 500 products for 13th Age, Dungeon World, Fate, Pathfinder, Monte Cook’s Arcana Evolved and others.

Pathways is an ezine for Pathfinder. Submission guidelines for the ezine are public and Rite pays $0.02 a word.

Along with Owen K.C. Stephens, Steven D. Russell was years ahead of the current vlogging boom and ran the Demiplane of Gaming videocast.

The Lords of Gossamer & Shadow is a campaign setting from Rite Publishing that’s powered by Eric Wujcik’s Diceless Roleplaying. The game is a standalone product that doesn’t need any additional material to play.

In Rite Publishing’s setting, players are agents in a struggle between realms. They have a unique birthright and unimaginable power, which means they might lead armies in one world or wield powerful artefacts in another. Their rivals are as deadly as they are; other agents of equal power and determination.

At the time of writing, Lords of Gossamer & Shadow is their hottest title at DriveThruRPG, with a nearly perfect score of 4.5/5 stars after 40 ratings. You can read more about it on the shop page.

Over at DriveThruRPG we can see what Rite Publishing’s most recent publications are. They sell on other marketplaces as well.

This competition is made possible by Geek Native’s Patreon supporters, and it is those patrons who can vote for which publisher enjoys the spotlight in August.

Geek Native tried several times to reach out to Rite Publishing before publishing this spotlight. We couldn’t get a response. We know it is convention season, and everyone is very busy.

Are you a Rite Publishing fan? Let us know why you like them.

RPG Tips from the Genre Police 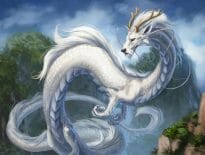 Interviews Adding dragons to your game: A Scion interview wit… 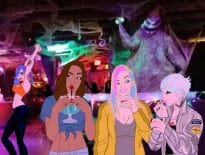